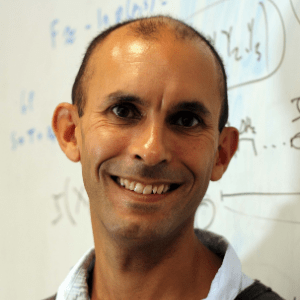 Anil Seth is Professor of Cognitive and Computational Neuroscience at the University of Sussex and Founding Co-Director of the Sackler Centre for Consciousness Science. His research group investigates the biological basis of consciousness by bringing together research across neuroscience, mathematics, artificial intelligence, computer science, psychology, philosophy and psychiatry. His primary research interests concern how conscious perceptions of the world and of the self can be understood through the lens of the ‘predictive brain’. He has published over 150 academic papers and edited the bestselling popular science book 30 Second Brain. Anil is Editor-in-Chief of the journal Neuroscience of Consciousness (Oxford University Press), a Fellow of the Canadian Institute for Advanced Research (CIFAR), and a Wellcome Trust Engagement Fellow. He was the 2017 President of the British Science Association (Psychology Section), and his 2017 TED talk has been viewed over 8.5 million times. His new book Being You (Faber/Penguin) will be published in summer 2020. Follow him @anilkseth.