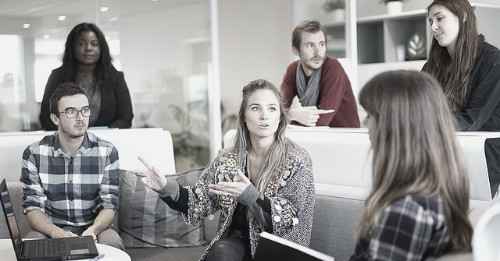 Most workplace mindfulness programs are positioned as “secular” aids to increase focus, happiness, and productivity. However, some employees may object to participating because they view mindfulness as religious, and specifically Buddhist. Whether or not employers agree with this understanding, they are legally and ethically required to respect it.

Why might some employees object that mindfulness is “religious”?

The term “mindfulness,” as most people use it in the U.S. today, is a translation from the Pāli language. The Satipatṭhāna Sutta (The Discourse on the Establishing of Mindfulness) is one of the most studied discourses in the Theravāda Buddhist canon. Sammā sati (right mindfulness) comprises the seventh aspect of the Noble Eightfold Path to liberation from suffering, the fourth of the Four Noble Truths (dukkha—suffering or stress, arising of dukkha through craving or aversion, cessation of dukkha, the eightfold path to cessation—right view, right intention, right speech, right action, right livelihood, right effort, right mindfulness, right concentration).

In 1979, a Jewish American biologist, Jon Kabat-Zinn, introduced Mindfulness-Based Stress Reduction (MBSR) to the University of Massachusetts Medical School. Kabat-Zinn trained as a dharma teacher and used MBSR as a tactic for “mainstreaming” the “Buddha-dharma” by obscuring its Buddhist “essence.” Kabat-Zinn selected the term mindfulness because it does “double-duty”—it sounds to the uninitiated like simply paying attention, but also functions as an “umbrella” for all the “teachings of the Buddha.”

Research studies correlate participation in MBSR with increased spiritual experiences, and link longer-term mindfulness meditation with decreased identification with monotheist religions and increased identification with Buddhism or “all religions.” As one MBSR participant explained, “I took an 8-week Mindfulness-Based Stress Reduction Course two years ago without knowing anything about Buddhism. . . . That program spurred my curiosity, and here I am learning all about the Four Noble Truths.”

Some employees may view Buddhist teachings as incongruent with their own religion. For example, many conservative Christians believe that the appropriate object of meditation is God’s word as revealed in the Bible. Rather than nonjudgmental, accepting awareness of the present, the Bible encourages rejection of certain thoughts and feelings as “sinful” (disobedient to God and therefore life-destroying), repentance of past sins and grateful remembrance of God’s redemptive work in history, striving to live a sin-free life, and faith for the future that God will fulfill human desires for eternal life in restored relationship with God.

For many Christians, “compassion” rests on a dualistic assumption that a transcendent God loved humanity enough that God’s divine-human son Jesus willingly suffered for humanity, setting an example of sacrificial love for others who are separate from oneself. These Christians may object to nondual concepts of compassion (karuṇā) and loving-kindness (mettā) as relieving one’s own suffering and promoting one’s own happiness because everyone is interconnected.

How does the law define “religion”?

The First Amendment to the U.S. Constitution prohibits government “establishment” and protects “free exercise” of “religion.”

Courts have articulated legal definitions of “religion” in cases such as Malnak v. Yogi (1979) and United States v. Meyers (1996). Malnak found that an elective high-school course in Transcendental Meditation taught “religion,” despite claims that TM is secular science. Meyers ruled that “the Church of Marijuana” is not a bona fide religion, despite a practitioner’s assertions that it is. Courts weigh self-interested claims against more objective measures.

There are, by the Malnak-Meyers criteria, five major indicia of religion. First, the system addresses “ultimate concerns,” such as humanity’s role in the universe. Second, it is a “comprehensive belief-system,” not an isolated teaching. Third, it may display one or more surface signs analogous to recognized religions:

Fourth, metaphysical beliefs address a reality beyond the visible world. Fifth, a moral or ethical system prescribes ideals of right and wrong behaviors.

Many workplace mindfulness-based programs exhibit the Malnak-Meyers indicia of religion. First, they identify suffering as the ultimate problem of humanity and mindfulness as a path to relieve suffering. Second, mindfulness codes a comprehensive belief system that defines a way of life. Third, programs display surface signs of religion:

Fourth, a metaphysical presumption is that all beings are interconnected. Fifth, leaders urge commitment to ethical virtues such as compassion and loving-kindness, as conceptualized in Buddhist traditions.

Are employers prohibited from offering “religious” programs in the workplace?

This depends on the answers to three questions: 1) Is this a public-sector workplace? 2) Is the program mandatory or voluntary? 3) Are employees asked for their informed consent?

1) The First Amendment applies to government workplaces such as public schools, hospitals, and prisons, but not to private businesses. When it comes to public institutions, courts have found unconstitutional even voluntary programs that allow “opt outs” or are offered as “electives” because coercion can be subtle.

2) Other laws apply to mandatory programs in private businesses. The Equal Employment Opportunity Commission (EEOC) interprets Title VII of the Civil Rights Act of 1964 as defining religion “very broadly” to “include ‘all aspects of religious observance and practice as well as belief.’

Religion includes not only traditional, organized religions such as Christianity, Judaism, Islam, Hinduism, and Buddhism, but also beliefs that are new, uncommon, not part of a formal church or sect, only subscribed to by a small number of people, or that seem illogical or unreasonable to others.”

In 2008, the EEOC singled out yoga and meditation as practices that employers must not impose. “Mandatory ‘new age’ training programs, designed to improve employee motivation, cooperation or productivity through meditation, yoga, biofeedback or other practices, may conflict with the nondiscriminatory provisions of Title VII.

In EEOC v. United Health Programs of America (2016), a federal court in New York affirmed reverse discrimination claims, citing the Second Circuit’s disallowance of mandatory Alcoholics Anonymous programs for prisoners—despite the objection of prison officials that AA is “therapeutic rather than religious.” If employees in any public or private workplace consider a program religious, mandatory participation constitutes reverse religious discrimination.

3) The term “informed consent” originated in healthcare tort law. In the 1957 medical malpractice case Salgo v. Leland Stanford Jr. University, a patient awoke from surgery paralyzed, having consented to the procedure without being informed that paralysis was a known, though rare, risk. Performing the procedure without disclosing risks violated the patient’s rights of personal autonomy and self-determination.

In A History and Theory of Informed Consent, ethicists Ruth Faden and Tom Beauchamp elaborate that providers have an affirmative obligation to volunteer full and accurate information so that participants can base decisions not only on medical risks and benefits, but also on “personal values, desires, and beliefs.” Philosophers Sahanika Ratnayake and David Merry urge that clients “ought to be informed” that potential religious “downsides” of mindfulness—such as the incompatibility of certain Buddhist and Christian notions of the self as impermanent versus immortal—may be no “less serious” than “side effects of antidepressant medication.”

The Joint Commission on Accreditation of Healthcare Organizations requires hospitals to respect, protect, and promote patients’ “cultural and personal values” and “right to religious and other spiritual services.” To maintain accreditation, healthcare teams must perform spiritual assessments that determine “the patient’s denomination, beliefs, and what spiritual practices are important to the patient”—not the provider.

The American Psychological Association’s Ethical Principles for Psychologists and Code of Conduct expects that “psychologists are aware of and respect cultural, individual, and role differences, including those based on . . . religion.” Psychologist Stephen Stratton urges “increased attention to informed consent for meditational and prayer-based practices. It seems realistic to provide education about religious-spiritual effects that may arise while participating in interventions that include meditational practices, even when secularized.”

The Code of Ethics for Nurses prescribes that patients’ “culture, value systems, [and] religious or spiritual beliefs” factor into care planning. Nurse Carla Warnock encourages providers to “respect and value each individual as a whole, including their culture and any religion or faith,” and urges “informed consent” for “spiritual interventions.”

What is the bottom line?

Employers may legally and ethically offer mindfulness meditation programs as long as they adhere to two basic principles: transparency and voluntarism. Employers should inform employees about historic and ongoing associations of mindfulness with Buddhism and the potential for participation to facilitate spiritual experiences and/or changes in religious identity. Participation must be voluntary and contingent upon informed consent. Although laws are stricter for government workplaces, all employees are susceptible to subtle coercion.

One might argue that employees implicitly consent to participate in a mindful corporate culture by accepting a job at such a company. However, this assumes that the prospective employee had other, equally attractive job opportunities. This may not be true for employees constrained by where they live or where their children attend school or by income and advancement prospects.

There is a higher barrier to participation in opt-in (active consent) than opt-out (passive consent) programs. This may be frustrating to employers who want to maximize participation and distribution of benefits. Automatically enrolling participants unless they make an active decision to opt out plays on human inertia, herd instincts, respect for authority, and peer pressure. It takes thought, time, and effort to make an active decision to opt in or out. For these reasons, opt-in programs better facilitate informed consent.

Farias, Miguel and Catherine Wikholm. The Buddha Pill: Can Meditation Change You? (Watkins, 2015).

Forbes, David. Mindfulness and Its Discontents: Education, Self, and Social Transformation (Fernwood, 2019).

Kucinskas, Jaime. The Mindful Elite: Mobilizing from the Inside Out (Oxford University Press, 2018).

Candy Gunther Brown, PhD, is a professor of religious studies at Indiana University and the author or editor of six books, including Debating Yoga and Mindfulness in Public Schools: Reforming Secular Education or Reestablishing Religion? (University of North Carolina Press, 2019). Professor Brown has served as an expert witness in four legal challenges to school yoga and meditation—testifying for both parents and schools. You may contact Dr. Brown through her blog at Psychology Today or find her on Twitter, Facebook, and LinkedIn.