The Privilege of Being Kind 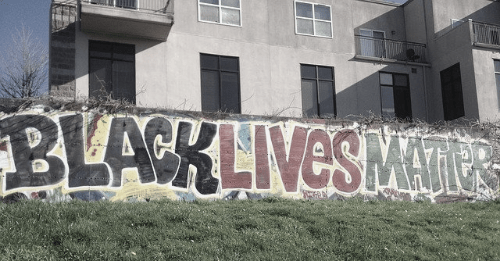 Our mission is to enable people to foster mindfulness and compassion in the workplace and we often talk about kindness. Until recently I never really looked at the act of kindness as a privilege.  The experience that I had a few months ago gave me an entirely new perspective.

One night, heading home after work I caught an Uber and I started a conversation with my driver. He was a tall, handsome black man with a rugby player's build. I noticed an accent and his name would have me guess he was west African so I asked, "Where are you from?" He replied that he was from Nigeria, and I shared I was also an immigrant and I was born in Iran. We continued to build a rapport and I asked him, "What it is like to move from Nigeria to America?" I could imagine being black in Nigeria was very different than being black in the United States.

He shared with me that it's been very difficult to adjust to living here and went on to share an experience he had that stirs me to this day. Late one Friday night he was giving a young white woman a ride home. She had a bit too much to drink and eventually passed out in his car. He got to her house and tried to wake her up. She was inebriated, going in and out of sleep and having a hard time moving. He didn't know what to do she would not get out of the car so he called his friend, another Nigerian Uber driver, to ask what he should do. He was a big, black man in a white neighborhood with a semi-conscious young white woman passed out in the back of his car. His friend cautioned him to be careful... and that the best thing for him to do was to just open the door and take her out and sit her on the curb.

This man's warmth and good nature can't be contained. He is the kind of person that just can't help but smile. Even while telling me this story his smile naturally returned. He went on to tell me that in Nigeria he would not even hesitate or think twice before helping this woman into her house. Now he was facing a dilemma: do I do the safe thing open the door, take her out, and sit her on the curb like my friend advised? Or do I want my heart wants me to do, what I was raised to do - be kind and risk someone's misunderstanding and reaction to seeing a big black man with this semi-conscious helpless white girl?

Just think about that... would you help a stranger, and risking getting harassed, maybe arrested, or even shot? Or would you just place her on the curb and get the hell out of there? I'm all for being kind but if I had to risk my safety to be kind? I would be leaning towards the curb option.

But not this gentle, caring man. He could not do it, so to best protect himself (as insane as it is) he pulled out his cell phone, pointed the camera at himself, and hit record. With one hand holding his phone he searched her purse to find her keys, helped get her out of the car, threw her arm over his shoulders, lifted her up, unlocked the door to her home, and helped her inside, all the while pointing his camera at himself and recording himself in case he was falsely accused of something. He placed her on the couch, left her keys, returned to his car, and went on about his night. The next day he got a text from her thanking him profusely. I doubt this young woman realized what a risk this man took.

I was so touched that this lovely man did not do the easy thing - he risked his own safety to help this person in need. For most of us, this is just an everyday nice thing to do that we don't have to think twice about. Not for him, this simple act put his safety at risk, this was a heroic act of kindness.

We have an environment where people have a good reason to fear their safety while doing kind acts because of the color of their skin. Can you imagine being afraid to be kind because of the color of your skin? That an act of kindness can put you at risk to be harassed, arrested, and even shot? Most of us can't imagine that, because we've never had to. And no one should have to. If you're black and in America, I think it's safe to say this is the least of your concerns with all the other injustices being carried out. My hope is just to show something as simple as even being kind is a privilege we take for granted.

At Mindful Leader, we believe Black Lives Matter. We stand against systemic racism and police brutality. We believe in a country and a world where everyone can live mindfully, compassionately, with dignity, and free from fear. And we will support leaders and organizations in our shared obligation to bring about meaningful, lasting change. We know we have more to do. We intend to continue our journey of learning and unlearning.

Amazing that he would be so kind to take that kind of risk?   I wonder what year that was.....

Hi Lynn,  it was amazing and really stuck with me - this happened earlier this year in January.

A thought provoking article. Thankyou for awaking in me my own part and actions I should take.

What a brave man and wonderful role model in a world of horrors. Please keep sharing his story.

We will thanks Vicki.

Yes, we white folks don't often realize how privileged we are, and who would have thought that being kind is a kind of privilege?   I'm nor sure I'd have the courage to be black in today's society.

Its hard to imagine, thanks for your comment forrest.

Thank you for sharing that powerful story. He took a risk to help her stay safe, and I'm glad it turned out as it did. I think about privilege a lot, but I never thought about being kind as a privilege. Thank you for that perspective!

You're welcome Terre, thanks for sharing your reaction.

Very powerful story, Mo. Thank you for making the point in such a clear and vivid way.

good story, situation  like this happens enough and people of color have to always stop to analyse what to do next to stay safe and not get blamed or get killed .

Thanks for sharing this story! I'd never thought about being kind as a privilege. I am a biracial woman - black & white. I've grown up in Canada and I have to say I've had the privilege of living in a community where I haven't faced the kind of racism I know exists in the US. In fact, I often forget about the colour of my skin. I think of myself as a human co-existing with a mosaic of humans living in a country that accepts other cultures and celebrates the differences!

Kindness being a privilege had never crossed my mind, thank you. This article was an eye opener!