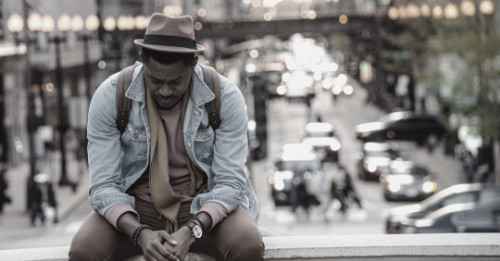 You are a business leader about to give a keynote address. You are a student about to take an exam. You are a job seeker about to go into an interview. You are a basketball player about to shoot a game winning free throw. You are a mother caring for a sick child or elderly parent. How do you feel? Poised and confident? Relaxed and at ease? Or, nervous, anxious and stressed?

It doesn’t matter which scenario you find yourself in. We all face challenges in life. We all have obstacles to overcome. And we all make assumptions, one way or another. This is why it is so important to be mindful of our thoughts and challenge our assumptions. Our thoughts trigger feelings in the body, and if we dwell on them long enough, they manifest into beliefs. If I believe I am going to botch the keynote, fail the test, or miss the free throw, I am not helping my situation at all. Indeed, I am making it worse. I am getting in my own way.

When we “assume the worse,” we are projecting a negative image onto the future and this image triggers stress hormones in the body. Repeated studies now show that stress weakens the immune system and lowers intelligence – not a good formula for success. We could just as easily “assume the best,” triggering feelings of enthusiasm, eagerness, and excitement. The choice is ours to make.

Several years ago, when my youngest daughter was in college, she mentioned to me that she was really feeling stressed. My response to her was puzzling. I simply said, “Why do you choose stress?” She looked at me and said, “Dad, I don’t choose stress. It just happens.”

Can you relate? Have you been programmed to believe that stress is uncontrollable? It is simply out there waiting to get you? It is something you have to manage, not delete?

The mind is a very powerful tool. However, it is just that – a tool. Like a hammer, we can use it to build very positive outcomes. And we can use it to destroy things and cause great damage. The hammer is neutral. The difference is in how we use it. Stop and ask yourself, how well am I managing my mind, especially in challenging situations? What thoughts do I choose to think? What paradigms, memes, and beliefs am I operating under? What “mental boxes” or programs are governing my behavior.

I have often said it doesn’t do a lot of good in the long run to solve problems inside a box when the box is the problem. This is like moving chairs around on the Titanic. No one wants a six-sigma floppy disk anymore. Just ask the likes of Blockbuster or Borders Books.

Albert Einstein once said, “The significant problems we face today cannot be solved at the same level of thinking we were at when we created them.” I find this statement insightful and compelling for two reasons. First, he is suggesting that we are creating our own problems – like stress. We are getting in our own way. And secondly, we cannot truly solve these problems without a shift in thinking. If we are operating with faulty programming, it doesn’t matter how hard we try. We could be making things worse.

This reminds me of a comment W. Edwards Deming once said: “Hard work and best efforts without guidance of profound knowledge may well be the root of our ruination. There is no substitute for knowledge.” Deming was challenging the paradigm, or mental model, that hard work is the key to success. Wow! What a revelation. I grew up believing this idea and ultimately ended up doing really well in a job I didn’t like. It’s better to work smart.

These days it appears there are a lot of people who resist taking responsibility for their feelings and their outcomes. I don’t choose stress. It chooses me. It isn’t my fault. I am the victim. What difference can one person make?

I will tell you what difference one person can make. In 1977, I was elected captain of our high school football team. We had just won the state championship in Michigan, and I was to be the starting quarterback for my senior year. I loved the game of football, and I had dreams of playing professionally one day.

That’s when the accident happened. During the summer before our season, I was running a landscaping business, one of my first entrepreneurial adventures. It was early morning, and we had a lot of lawns to mow that day. This was lawn number two. The customer had asked me to mow down some tall grass behind her house. I grabbed an old mower and said, “No problem.”

Wrong. Twenty-minutes later, my partner was racing me to the hospital. I had just shredded my right foot. You might say I wasn’t very mindful. I had taken my eye off the ball.

A week later, following two major reconstructive surgeries, the surgeon came to my room to inform me that the foot would eventually heal but my football days were over. I would be lucky to walk again without a limp.

I wept. My dreams were crushed.

That’s when my grandfather sent me a book--On Courage by Frank Gifford. The book featured several athletes who had overcome some major challenge in life and gone on to accomplish great things. I wasn’t much of a reader at the time, but since I was laid up, I thumbed through the book. That’s when I found the story of Rocky Bleier, a former Notre Dame football player who went on to win four Super Bowl victories with the Pittsburgh Steelers. Here’s the catch. Before these victories, Rocky was drafted to Vietnam where he suffered extreme damage to his foot, from shrapnel, and gunfire to his hamstring. He was sent home, and after repeated surgeries, was told by his doctors that his football career was over.

Now this story got my attention.

Rocky gave me hope. He chose not to listen to the “experts,” and instead follow his intuition and his heart. He rehabbed himself, putting mind over matter, and years later earned the starting tailback position with the Steelers. He was also one of the fasted players on the team.

Can the mind really be that powerful, I wondered?

It was worth a try, I suppose. What did I really have to lose? I could play victim – or champion. The decision was mine to make.

I followed in Rocky’s footsteps, rehabbing myself with intention, mindfulness, and determination, and two years later was tapping the same sign on Saturdays that Rocky once tapped, “Play like a Champion today.” I was playing for the University of Notre Dame. No, I did not go on to win four Super Bowls, and I never even made it into the NFL, but I learned this – one person can make a difference. And by the way, that one person wasn’t just Rocky Bleier. It was my grandfather. He gave me the book.

And as the game of football came and went in my life, I learned something else. I wasn’t meant to play football as a career. My purpose was to write and teach and speak to audiences about mindfulness, presence, and transformational thinking. Some people say there are no coincidences in life – that everything is happening for a reason. Like energy attracts like energy, sort of like misery loves company. We are all connected in some way. That’s why it was no real surprise to me in 1996 when I was scheduled to be on stage at a major event featuring Zig Ziglar and Rocky Bleier. I had just released a book titled, Reinvent Yourself: A Lesson in Personal Leadership, and I was given the pleasure of introducing Rocky to an audience of 1,500 people. Ahh, yes! Synchronicity!

So, stop and contemplate your tendencies and habits in life. It is said that within one tendency, thousands of subconscious thoughts can exist. Think of these thoughts like programs running a computer. Do you tend to get nervous in certain situations? Do you tend to get impatient with certain people or circumstances? How do you feel about traffic? Slow computers? Misplaced objects?  Tight deadlines? Are you running on negative programs – “viruses” of the mind?

Mindfulness teaches us first to be aware of our programming, most of which is subconscious. Therefore, to uncover these latent thoughts we must learn to pay attention to how we pay attention and how we feel. Our emotions are simply a guidance system. They reflect our thinking – both conscious and subconscious. Stress is just one example. It is the result of projecting (and assuming) something negative in the future. What if I screw up? What if I embarrass myself? What if I lose my job? What if I hurt myself? Stop and ask yourself, does this really help? Is this a winning strategy? How do you feel when you think these thoughts? Now, consider the alternatives you have. What if I nail it? What if I make a positive difference? What if I get promoted?

Here is one simple, meditative exercise you can do in any challenging situation. Focus your attention on your heart center and take slow, deep breaths to a count of 4-5 seconds in and 4-5 seconds out. You can do this before a speech, exam, interview, or meeting. You can do it in traffic, on an elevator, in an airport, or before shooting a free-throw. It is simple and practical and very powerful. Just keep in mind, meditation is a practice, not a one-time event. You will get better at it with practice.

I have now used meditation as a daily practice for the past twelve years, and it has made a world of difference in my life. There have been years when I have traveled 51 out of 52 weeks, working in countries all over the world, and leading teams in highly stressful environments. How do I do it without stress? I do it by applying what I just shared with you. There is no better evidence for me than that. Be your own experiment. You hold the dial. Tune out stress by tuning into peace of mind.

John Murphy is the founder and CEO of Venture Management Consultants (1988), a firm specializing in mindful leadership training and culture change. Over the past 30 years, he has worked with dozens of leading organizations around the world, including the U.S. military. John is the author of 19 books with his 20th book, The Miracle-Minded Manager, scheduled for publication later this year.