3 Challenges being an Old White Guy 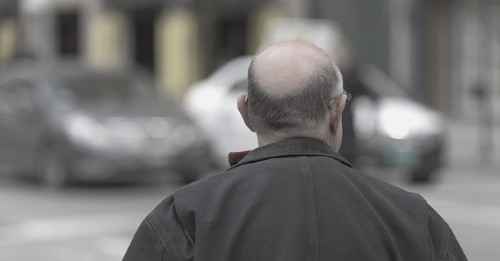 By Rev. Dr. Bob Melone
Serving as pastor to nearly 200 people in a Presbyterian Church in Northern Virginia has taught me many things. But lately, all I seem to learn is that I am slowly, but surely, becoming an Old White Guy... And I don't like it!
My ‘youth’ used to be one of my strengths: a draw, an asset, a defining attribute that made me appealing to the Church – an institution in which the average member is well over 60 years old. But today, because my ‘youth’ is gone, things appear to be different.
I still have as much energy as I did when I was 28. I still preach with the same fire as I did when I was 34. And my work still generates in me the same passion that it did when I was 41. But at 57, the world around me sees things differently and I don’t like it.
Now granted, my knees hurt every time I move. The hair in my beard is far more salt than pepper. And some days it feels like even oatmeal could give me heartburn. I am certainly NOT the same guy I was 30 years ago, but that’s not all bad. I have a little more wisdom than I did when I graduated from seminary; and am far better informed about everything from theology, to world affairs, to psychology. I’ve learned which battles are worth fighting, and which ditches I want to avoid dying in. And while my ministry will likely always be more about afflicting the comfortable than comforting the afflicted, I have learned to do both. So there are many good things that come with age. But right now, as I continue to move into and through the final third of my life, adjusting to being an old White man is not much fun. And here’s why:

I know 57 isn’t THAT old. But it’s old enough. It’s old enough to know that things are changing, that I am changing. And the sooner I can accept that, the better off I think we’ll all be. I will never become one of those old geezers who does little more than play golf every day. I can only sit by the pool for so long. I’d go crazy having nothing to look forward to each week but a bowling league or poker night with the guys. Frankly, I can’t imagine ever retiring. But I need to learn to temper my desire to serve and to do, and especially my desire to take charge and lead.

If I’m not yet an old white guy, I’m well on my way to becoming one. And that’s hard. So bear with me. Don’t put me out to pasture just yet, for I’m still being reconditioned to understand that I don’t have all the answers, that second string players are still an important part of the team, and that there are voices besides my own that need to be heard. I know I’m not quite there yet, but I’m on my way. I promise! So please, be patient with me.

Rev. Dr. Bob Melone arrived at Mount Vernon Presbyterian Church in Alexandria, VA in June of 2013. With his Danish wife of 28 years Jeanne, (pronounced "Shan"), they have three children. Bob loves anything on his pizza but anchovies, and has the same thing for breakfast every day — a bowl of shredded wheat (frosted, of course!) and a chai tea latte! Bob loves the water, living in DC, and one day hopes to own a boat so that he and his wife can sail around the Chesapeake Bay https://bmelone.com/
·
By Mindful Leader
·
Under Mindful Leadership
Like
Share Tweet Share Pin it