What is Decision Fatigue and How Can You Outsmart It at Work? 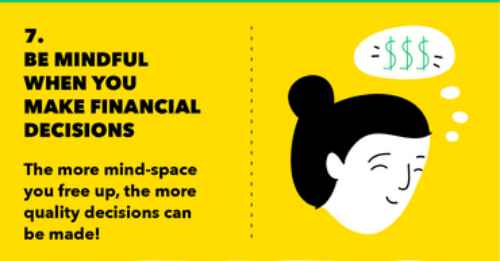 Have you ever felt mentally drained after a long meeting or taxing workday? That’s because you’ve probably made anywhere from 10,000 to 40,000 decisions, switching tasks over 300 times during the workday — and your brain is exhausted. This is called decision fatigue, and it’s responsible for the decline in focus and willpower that affects millions of Americans daily.

The phenomenon was first discovered by social psychologist Roy F. Baumeister, and states that the quality of our decisions declines as we’re faced with more and more choices throughout the day. One of the most popular studies on decision fatigue looked at Israeli parole hearings. It found that the biggest determining factor for whether inmates would receive parole or not wasn’t based on facts, but rather the time of day the hearing took place. Prisoners with early morning hearings received parole 70% of the time while only 10% received parole later in the day. The study showed that decision fatigue impairs self-regulation and turns us against our own guiding principles. Because the judges were so sick of making decisions, they chose the less-risky decision: denying parole.

Decision fatigue causes decision-making skills to decline, leading to poor choices that can wreak havoc on your financial life. For example, depleted willpower can lead to unwise impulse purchases. It can also cloud your judgment and impair your ability to make trade-offs when making significant purchases like a home or car. It can also cause you to procrastinate. For instance, research shows that if a person is presented with too many choices at a supermarket, decision fatigue sets in, and he or she is actually less likely to buy.

Unfortunately, decision fatigue can also affect the workforce, deteriorating the quality of workers’ decisions and impacting the bottom line. Decision fatigue causes mental stress, and research shows that 57% of employees who feel stressed also feel disengaged and less productive. So, as a CEO, manager, or leader, how can you prevent mental exhaustion from affecting yourself and your workforce? You want to make sure your employees are valued, because employees who focus on their strengths are six times more engaged at work.

Here are five ways to outsmart decision fatigue for a more productive, happier workforce. The best way to implement these is to lead by example — and ensure your workplace is conducive to and encouraging of these behaviors.

With our brains making so many decisions every day, each one weakening our willpower, it’s no wonder we’re mentally exhausted. To simplify things, lean on automation whenever possible. The more decisions you automate, the more energy you can save for the important stuff. Automatic bill payment, for example, is a great way to make sure your financial stress doesn’t bleed over into the workplace.

The same goes for distractions. 96% of workers say that unnecessary emails waste their time, so only CC relevant workers on emails, and turn off email push notifications to avoid information overload.

Establishing both morning and evening routines will set you up for success by automating your processes. For example, if you always start your morning off with a meditation session, a short jog, and two eggs for breakfast, your mind doesn’t have to decide what to do every morning. You’ll end up coming into work with a fresh mind and a blank mental slate.

You may think you make the best decisions later in the day, but science says otherwise. A study revealed that even people who consider themselves night owls make their best decisions in the morning and the worst ones late at night. If you’re prone to late-night snacking, you can probably relate.

Prioritize your willpower for the biggest, most important tasks you have to do that day, and schedule them for the morning. Remember that some tasks just need to get done, and trying to perfect an unimportant task is a waste of time and mental energy.

The brain needs fuel to function properly. Specifically, your prefrontal cortex — the area responsible for thoughts, decisions, and impulses — needs glucose, a simple sugar in food. A study from the University of Kentucky found that when glucose levels were low, a different area of the brain kicked in that made participants more likely to seek immediate rewards and pay less attention to long-term consequences.

While sugary foods help boost glucose levels for short bursts of energy, we get more sustainable, long-term energy from healthier choices. Rather than candy or sodas, make sure your office’s break room is stocked with veggies, fruits, and healthy fats like those found in nuts.

Time blocking is a great way to get the most out of an 8-hour workday. By committing ahead of time to a designated task within a specific timeframe, you’re setting priorities and eliminating the need to decide how to spend free time. Schedules become less decision-based and more action-based. This means less decision-making is necessary, saving precious brainpower for the actual work at hand.

Not yet convinced? What if we told you Elon Musk and Bill Gates are both big proponents of time blocking? Musk has his day planned out by five-minute increments. He doesn’t take unscheduled phone calls and only responds to emails when it’s designated on the schedule. While this approach may seem robotic, if done the right way, you’ll get more done each day — ultimately leaving room for more leisure time.

Want to learn more about the effects of decision fatigue and how to outsmart it? This infographic from Mint makes it easy.

Karlie Kramer writes on behalf of Mint about finance and productivity. Specifically, she is interested in how people can leverage technology and automation to live more mindfully. Her most recent piece is on eight ways to outsmart decision fatigue.
·
By Mindful Leader
·
Under Discovery
6 min read
Like
Share Tweet Share Pin it