Shakespeare’s Secret to Being an Effective Leader 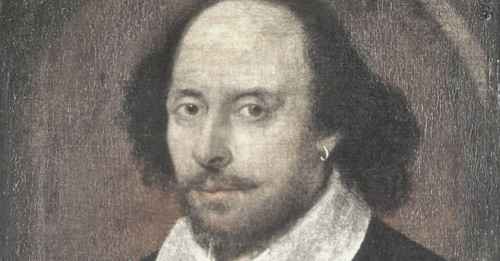 What character trait is most valued in leaders?

To find the answer to this question, leadership experts Jim Kouzes and Barry Posner surveyed well over 100,000 people to ask which personal traits, characteristics, and attributes they looked for and admired in leaders. Their findings have relevance to every leader today.

At the top of the list by a long shot (89 per cent) is honesty. More than anything else, people want honesty from their leaders. But despite its desirability, leaders are seemingly failing miserably in this area.

The public relations firm Edelman publishes a global survey each year called the Trust Barometer, which gauges the public’s trust in leaders and institutions. The 2014 survey, which analysed data from more than 33,000 respondents, found that only 20 per cent of people trust business leaders to tell the truth, and only 13 per cent trust government officials to tell the truth. Edelman president and CEO Richard Edelman commented, “We’re clearly experiencing a crisis in leadership.”

Please pause and think about this for a moment. Honesty is the quality we expect and value most from our leaders, yet it’s where they seem to be failing the most. The data suggests that, in effect, about four out of five leaders are not leading anywhere near as effectively as they could, and as they need to.

As a mindfulness coach to high level executives, the question I’ve been asking for more than a decade is, “How does one truly teach honesty to leaders who think they know, intellectually, exactly what it is, but who in practice are falling short too often?” I share the research above in seminars and ask participants if they think four out of five leaders even know they are distrusted. I’ve asked attendees, “Do those leaders look in the mirror and admit to themselves that they are behaving in ways that alienate their team members?” And of course, the overwhelming answer is no, they don’t.

Then I follow up with another question: “So how can you be sure you are not doing exactly the same thing as they are?” The audience goes quiet. If there is enough emotional safety in the room, many admit they actually don’t know for sure. Our greatest challenge is not honesty with others, though that is tough too. Our greatest challenge is being honest with ourselves.

This is an age-old challenge, and though the research revealing how much we value honesty is new, the idea that self-honesty is important is centuries old. In fact, the great poet and playwright William Shakespeare explained the importance of self-honesty when he wrote these famous lines from Hamlet:

"This above all: to thine own self be true,
And it must follow, as the night the day,
Thou canst not then be false to any man."

What Shakespeare reveals here is that true self-honesty extends beyond ourselves out into the world, affecting all those around us for good. Being honest with others is important, but where it really starts is being honest with ourselves. That in and of itself is no easy feat because it’s often hard to tell what we’re really seeing when we look in the mirror.

We all have the capacity to hide parts of ourselves even from ourselves and not be completely honest. As Carl Jung, one of the fathers of modern psychology, explained, “Everyone carries a shadow, and the less it is embodied in the individual’s conscious life, the blacker and denser it is.”

In other words, we are able to withhold uncomfortable truths from ourselves in the “shadows” of our minds. If we cannot handle the discomfort of seeing certain truths about ourselves, we block them from ourselves and hide them in the shadows of our psyche.

The human mind has a limitless capacity for self-deception. We hide violations of our values from ourselves so skillfully that we are often completely unconscious of when we have crossed a line. It’s like we are playing a game of hide-and-seek with ourselves, and we usually don’t want to listen to the external hints we receive that we just may not be everything we think we are.

One of my least favorite parts of teaching this subject to groups is that they catch on really quickly and very easily see my shadow and hypocrisy when I am teaching. For example, one group let me know that I was clearly angry with them for being argumentative. How could I be angry and claim to be a mindfulness teacher? Every part of me wanted to deny it and run from the shame I felt at being exposed. Most importantly, I didn’t want to admit it to myself. I had begun to believe my own PR that I was beyond that, more advanced than that.

But once I had owned my shadow and admitted to it non-defensively, we were able to get back on track. I learned that it’s okay to fail and failure is our constant companion through life. But it’s not a great idea to deny the failure, especially when our credibility is on the line.

Fortunately, recognizing and admitting our dishonesty gives those we lead permission to do the same, thus opening a gateway for change and improvement that otherwise remains closed. Self-honesty serves in this way as an important foundation and pre-requisite for trust and inspiration. Those we lead come to recognize that even if we have blind spots, we’re at least willing to look in the mirror and see what they’re seeing, which allows them to trust themselves to our leadership.

Mindfulness is an important tool in developing honesty as it gives us the ability to “make the unconscious conscious” by uncovering our shadow. We all seek peace and wholeness within ourselves, yet, as Jung concluded, as long as we are split from ourselves and deceive ourselves, this wholeness will forever elude us.

I have seen leader after leader not only improve their leadership skills, but also heal family relationships and their own life by “owning their shadow” and getting honest with themselves. To use mindfulness language, they became willing to be fully awake and present to their darker side, their less pleasant thoughts and behaviors. By doing so, they became progressively more liberated from them.

This is not standard corporate training, I know. But it is what is needed for true transformation. Without honestly addressing the investment we have in denial and rationalization, any efforts to grow both as leaders and even as people are more or less smoke and mirrors.

In closing, it’s important to recognize that self-honesty is neither attacking ourselves nor rationalizing our behavior. The key is being kind and compassionate toward ourselves, with our eyes wide open. Kindness allows us to examine our behavior with non-judgemental curiosity and honesty when we have acted poorly or violated our values. It helps us to bear the truth rather than ramping up our distress. In doing so, it helps us to see the why behind such actions — and our underlying needs that are not being met.

Shakespeare’s forte wasn’t business leadership, but his advice to be true to yourself certainly makes business sense. Developing as a leader is about cultivating that ability to look in the mirror, to deepen our inner strength to stay true under fire, to stay kind and respectful when the heat of anger and frustration is coursing through our veins. It’s about learning to courageously hold ourselves and others accountable when we want to slip into avoidance and self-justification. And, perhaps above all, it is to stay real, to keep coming back to honesty and humility, and by so doing unleashing our greatest leadership potential.

Michael Bunting is the author of the bestselling books, The Mindful Leader and A Practical Guide to Mindful Meditation, and the co-author of Extraordinary Leadership in Australia & New Zealand with Jim Kouzes and Barry Posner, the world’s premier researchers in the field of leadership. Michael will be speaking at the 2019 Mindfulness at Work Summit about values-based leadership and its connection to mindfulness and self-awareness practice.