McMindfulness and The Mantra of Stress 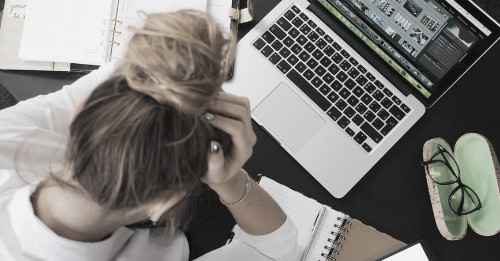 Mindfulness helps people face pain with equanimity. But it also conditions us to think about stress in unhelpful ways. First, it says we face an epidemic, which is simply an inevitable part of modern life. Second, since stress is endemic, it is up to us all to get it under control and adapt to these conditions as best we can. It sounds like an empowering tool, but it ignores any source of pain outside our heads, such as the capitalist system, which exerts so much pressure in everyday life. The result is to pathologize stress, while offering a treatment that fails to address its broader causes.

Like mindfulness itself, the concept of stress can be hard to define. Its very ambiguity makes it ubiquitous, but it should also make us wary of accepting some assumptions in popular discourse, particularly those that relate to inevitability. The discourse of stress has ideological components, and the mindfulness movement adopts these to build a whole industry around the stressed subject. However, this subject is also an object of outside forces. Professionals—including academics, practitioners and journalists—help to create it, observes Tim Newton in Managing Stress, “by telling us about ourselves and our world through, say, the discourses of psychiatry, psychology, biology, medicine, economics which reveal the secret of our selves.” Most of us know about stress through the discourse of science, whose biomedical descriptions make the problem individual, with no historical, social or political context.

Leaders of the mindfulness movement have rarely questioned this discourse of stress. As purveyors of a therapy sold as the only way to treat it, they have significant investments in this way of understanding it. Of course, one is free to decide if one wants to learn mindfulness or not, and it is this emphasis on individual agency that makes the discourses on stress and mindfulness appealing.

The problem is what gets obscured. By individualizing social problems, the practice of mindfulness disadvantages those who suffer the most under the status quo. Critiquing definitions of stress in such limiting ways, Dana Becker has coined the term “stressism” to describe the current belief that the tensions of contemporary life are primarily individual lifestyle problems to be solved through managing stress, as opposed to the belief that these tensions are linked to social forces and need to be resolved primarily through social and political means.

The mindfulness movement has adopted a doctrine of stressism, promoting itself as the remedy for a wide range of “stress-related” conditions. Most modern explanations of stress—and therefore mindfulness—invoke the idea that we are maladapted cavemen inhabiting twenty-first-century lifestyles. If we can learn to rewire a few default responses, our brains can be optimized to cope with the present. If we don’t, we fall victim to stress. This biological account can be summed up as follows. Our ancestors had to be ready to face fearsome predators like saber-toothed tigers. As a result, they evolved the capacity to draw quickly on vast amounts of energy so they could respond to potential threats. For Stone Age man, the adrenalin-fueled “fight-or-flight” instinct was a survival mechanism, which became “hard-wired” into human biology. And since our brains have evolved very little in the intervening centuries, we still fall back on this overreaction to things that unsettle us.

However, unlike a relatively leisurely hunter-gatherer, we do not retreat to a cave and take time out so our systems recover from pumping adrenalin. If we did, we’d have no problem. Instead, we get on with our lives and stress accumulates. We are so stressed out (a phrase which only became popular in the 1980s) because our fight-or-fight alarm gets pushed so often, throwing our homeostatic systems out of whack. This wears down our bodies and immune systems, whittling away at our natural resilience. However, mindfulness can teach us the skill of self-regulation, and by paying attention to present experience we learn to unwind. Or so the basic theory goes.

Although it gets jazzed up with the latest neuroscience, much of what it says is a century old. And while it clearly has some relevance—particularly to the treatment of post-traumatic stress—it is all too often used as a general explanation, obscuring other causes of modern discomfort. Regardless of the social complexity people now have to deal with, the root of their problems is reduced to outmoded caveman instincts.

There is a strange idea implicit in this oft-repeated tale about an ongoing battle between Stone Age physiology and modern lifestyles. Although no one quite says it this clearly in mindfulness literature, the underlying suggestion is that if only we had evolved further biologically, capitalist societies would have no stress or conflicts. Meanwhile, the practice of mindfulness can help change our brains so we can eradicate these antiquated problems. In other words, there is nothing inherently wrong with our modern age. It’s just our maladaptive responses that make us unhappy. Having inherited this flawed biology, it is up to us to compensate and self-correct. Biological reductionism puts the onus on individuals to monitor and manage unruly emotions. The capitalist economy is simply a given, to which all must adapt. It’s a survival-of-the-fittest ideology that naturalizes stress, ignoring structural factors that cause the response.

Although most of us have experienced stress to some degree, it is as vague as happiness in scientific terms. However, mindfulness trades on the former to sell a pathway to the latter, cashing in on people’s stress-related fears. References to the damaging effects of stress have reinforced the notion that it causes physical maladies, but that much of our suffering is somehow our fault. Even if mindfulness helps to address this, its reduction of stress to biological factors stops us treating social ills. Capitalism’s unpredictable cycles and crises, along with its gross disparities in wealth and power, generate stress—a fact rarely acknowledged by mindfulness advocates. And its activation of primitive fight-or-flight mechanisms makes people vulnerable to psychological domination.

Although mindfulness was designed to help those who suffered from chronic illnesses, its target market has grown to be everyone. This wouldn’t have been possible without uncritical acceptance of the stress discourse. Chanting its mantra helps mindfulness merchants to trade on anxieties. They have a vested interest in psychologizing, pathologizing and normalizing stress, promoting interventions that are said to provide magical keys to controlling the causes of our misery. However, sources of collective suffering in external conditions are left unchanged.

Ronald Purser is Professor of Management in the College of Business and the Educational Doctorate in Leadership program in the College of Education at San Francisco State University. Ronald is also an ordained Zen Dharma Teacher in the Korean Zen Taego order of Buddhism.

I am curious about your viewpoints about the academic system, from early public education through higher education, wherein performance, competition, and accomplishment as well as arguably arbitrary and often culturally biased measurements such as standardized tests factor into stress. The education system along with capitalism seems to     Function in similar ways. How can we change a system that sets up our children for a lifetime of stress and promotes them to buy into the capitalist system where individual achievement is rewarded, at times at the expense at others.

From my personal experience of practicing and teaching Mindfulness, I would never say I am 'offering a treatment' for pathological stress. No doubt there is much that needs addressing in our modern capitalist system which creates such huge inequality in wealth and lifestyle, as well as competitive pressure on all levels. But this is the world we, as a species, have evolved into. As humanity has moved from one set of living circumstances to the next (nice hunter-gatherers chilling out in the cave after a big adrenalin-fueled hunt, through the fall of Rome, the renaissance, the industrial revolution, the great heave of humanity always pushed forward by discontent and the seeking of something more) there has been suffering all the way through the progression. Maybe the suffering is what propels us forward. Not all suffering relates to stress, and I agree that commodifying mindfulness as a panacea for stress is a sad diminishment of the real core of this practice. However, I'm also glad that Mindfulness has become so widely broadcast because for those who pierce through the pop-mindfulness-positive-psychology mix into coming face to face with their own presence, this is probably THE age where it's needed most. And maybe, just maybe, coming into presence enough will create the conditions needed to shift the focus of our ever-hungry craving for more into a recognition of the preciousness available to us now. And our responsibility, through that recognition, to change our behaviours and our systems of government, industry, and society. I'm for that view, and the positive addition this development of Mindfulness has to make in an aching world so worthy of our care. I appreciate your article for the call to examine motives in teaching and practicing mindfulness, thanks.