The Mindful Elite and Bringing Spirituality to Work 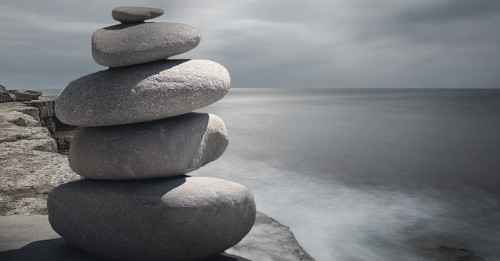 In many professional workplaces, mindfulness has become a seeming panacea. According to a recent survey conducted by the National Group on Health and Fidelity Investments, 35 percent of employers offered mindfulness classes or training, and an additional 26 percent were considering adding programs in the future. Advocates argue that it will not only help workers de-stress and improve their health but become more self-aware and self-actualized both in and outside of work. The argument goes that, by helping develop happy, healthy, and therefore more productive employees, the large companies, schools, public agencies, and other organizations will benefit.

Mindfulness meditation includes a wide-ranging set of contemplative practices aimed at training oneself to pay “attention in a particular way: on purpose, in the present moment and nonjudgmentally,” as defined by Jon Kabat-Zinn, the founder of the Center for Mindfulness in Medicine, Healthcare, and Society in his book, Wherever You Go, There You Are: Mindfulness Meditation in Everyday Life. Mindfulness has been developed and differentiated in the course of being marketed by its proponents to a variety of organizations, from Ivy League universities to Fortune 100 businesses.

As the practices were moved into new institutions, meditators adapted the Buddhist-inspired practices to align with professional cultures and the structures of targeted institutions.

In my new book, The Mindful Elite: Mobilizing from the Inside Out, I investigate where the mindfulness movement came from, and how the practice’s proponents made this Buddhist-inspired practice so popular among professionals of all stripes, and increasingly, the American public. I show how elite institutional entrepreneurs embedded in powerful institutions can mobilize a cultural movement, and rapidly spread new cultural practices and programs with the support of external movement organizations.

To investigate the spread of mindfulness across powerful social institutions in science, healthcare, education, business, and the military, I traveled around the country talking with leaders of the mindfulness movement. What I found was an elite cultural movement which, at times grandiosely, pitched mindfulness as a remedy to nearly any problem, ranging from individual stress to social inequality.

For employees who felt that in their workplaces it was uncommon to be able to bring their whole selves to work, including their spiritual, religious, and sometimes moral selves, mindfulness enabled them to press back against the Weberian institutional “iron cage,” and bring their personal morals and spiritual practices into their everyday work.

With the growing popularity of mindfulness, its proponents have also received other benefits they had not expected. For many, their mindful work actually helped propel career success, as it demonstrated their authenticity, sense of meaningfulness in their work, and intrinsic motivation to enhance their companies and organizations.

In short, this cultural movement fostered characteristics of the new elite, as described by the work of sociologists, such as Shamus Khan in his book, Privilege: The Making of an Adolescent Elite at St. Paul’s School. Mindful work thereby helped propel its advocates into further career success, making this work a win-win for most of the leaders of the mindfulness programs with whom I spoke.

So where did this movement fall short?

Through a series of logical, sensible steps, the well-intentioned, elite-driven mindfulness movement began to stray from its public mission, as it adapted in manifold ways to appeal to other elites and the institutions it courted. In fact, it is not uncommon for some newer practitioners to express surprise, or even indignation when confronted with the fact that many founders of early mindfulness programs rooted their programs in Buddhism or had sought activist-minded ends in the past.

While mindfulness’s impact off the cushion on the larger organizations and communities in which it is practiced remains to be seen, most mindfulness programs have yet to confront the many larger-scale social problems we face as a society.

It is also not clear that mindfulness programs have much of an impact on the larger organizations they are part of. In speaking with dozens of program leaders and mindfulness teachers, only a handful had any evidence at all that their programs’ impacts extended beyond the program’s direct participants and into the larger organizations they were a part of.

The impact of mindfulness practice, even among top CEOs and corporate leaders, is largely not trickling down into their larger companies and causing them to cut down expected work hours or loads or increase wages, which are the fundamental causes of the stress many Americans face today. While meditation practices may individually improve the lives of practitioners, and perhaps even those they regularly interact with, it is less clear how the practices lead to the collective action needed to address the complex social problems we face daily in our workplaces and in our democracy.

The mindfulness movement can be seen as both a success story and as a cautionary tale, depending on the light through which it is viewed. Regardless on the side on which one falls, learning about the successes and pitfalls of this elite movement lends many lessons for both spiritual practitioners and scholars of cultural and institutional change, movements, and inequality alike.

You present an interesting challenge - how can mindfulness kindle compassion in its practitioners if we engage in it primarily as a way to mitigate our own suffering? For mindfulness to make a systemic difference, I have to be willing to examine how my behavior is connected to all life. That inquiry is where peace morphs into joy and organizations tap into extraordinary potential.

I came to mindfulness through Buddhism, and because I am also a secularist, initially thought that the "mindfulness movement" was a great way to make clear that anyone of any background can achieve liberation, that a particular identity or label "Buddhist" is not needed, and that there are many paths for different people with different inclinations. All humans of all kinds can benefit from this knowledge without joining a "tribe".

However, I've been really seeing lately that the benefits and merit I have generated depend, just like the teachings say, on both "wings" of the metaphorical flying bird. I didn't just sit shamatha-vipassana to develop mindfulness and awareness. I also engaged with teachings, with passed-down empirical knowledge on how to live a good life. I started coming to work to fulfill my bodhisattva vow instead of being individually successful.

Even that said, the catalog of ways a bodhisattva fails is passed on for a reason. It is not the case that practitioners get it right all of the time; we make mistakes. But when we do, we have the paramitas to fall back on - and I'm sure there's a similar skillful means in Theravada. We have tools that we know to use when we discover mistakes, tools that also aim to shake loose our habitual patterns of behavior and dissolve our fixed mind. I no longer think that mindfulness all on its own is as helpful as I, and many others, thought.

There is nothing magic about the label "Buddhist". There are probably many ways to structure the second "wing". But an understanding of how being a human being works, and how that gives rise to ethics and a good society, is needed. Mystics from many widom traditions have arrived in very similar places. However, just mindfulness is not enough.

The use of the terms "Elite Driven Use of Mindfulness" I believe belittles those, like Dr. Zinn's (MBSR), program has been around for a number of years ! Mindfulness, is a "Human Quality" which at times needs to be nursished by the community, for everyone's "Benefit" 1

Maybe the mindfulness movement had something to do with this:

This is an enormous missing link. As long as the corporate behemoths that control our fates only look to the next 3 months so shareholder value increases, at the cost of anything and everything, we can't expect anything to change. I don't have faith that these CEOs will follow through yet, but the balance of society depends on it:

"The "shareholder comes first" has for years been the mantra of the Business Roundtable, a group that represents the most powerful CEOs in America and their thinking.

A new principles on the role of a corporation released Monday implies a foundational shift, putting shareholders on more equal footing with others that have an interest in a corporation to some degree — a group that includes workers, suppliers, customers and, essentially, society at large."

I hope this is the case. I was very surprised to see this in the news. It was a good reminder of the openness in every moment. Perhaps the increased interest in mindfulness but also compassion and wisdom is indeed moving US society.

MIndfulness describes as 'non judgmental awareness of the present moment'. Non judgmental means identifying  any subtle mental formations- right or wrong, good or bad, loss or profitable etc as they happen. In other words engaging in something without intent of motive, plan or will. How many people have that skill set? It is rare ( at least for the time being). People who have the skill set will get benefited from it. Others  still struggle as most of the people/ corporate do. Does this make sense?