Mindfulness: Disrupting Oppression in the Workplace 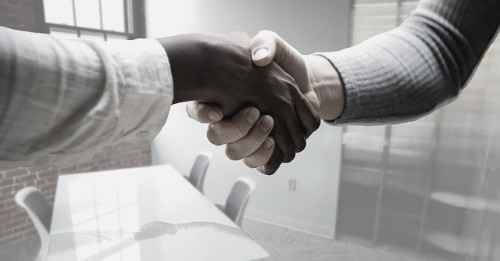 I am a black woman in my mid-forties and a senior executive at a small progressive predominantly white organization. I have approximately 10 direct reports, and I report to the president. Of the people who report to me, two are people of color (male-identified), and none of the other executives who report to the president are people of color.  Even at a liberal and progressively-minded spiritually-based organization, the air we breathe is still the air of dominant ideologies— white supremacy, patriarchy, misogyny, heteronormativity.

My ability to move with any semblance of freedom still requires that I constantly work to determine how systems of oppression are operating in the guise of “professionalism” –the social norms that govern the workplace. Toward that aim (and in the spirit of Rachel Hollis’ Girl Wash Your Face), it is important to bring to light some of the lies that underpin the social construct of professionalism and serve to perpetuate oppression.

Some of these are as follows:

This article will focus on the first two lies.

Being Myself is Unprofessional

From a very young age, people with marginalized identities learn that survival requires assimilation into the dominant culture and there’s no place where this is more true or pervasive than the workplace. Many organizations claim diversity and inclusivity are core values, and yet, none of us has the freedom to bring all ourselves to work. This is especially true for targeted groups.

What are the boundaries of dress, speech, and behavior and who determines those boundaries? Isn’t the bottom line at even the most progressive organizations a dictate to be professional? Aziz (2014) calls this pressure to “perform one’s identity in accordance with the high-status groups’ norms and values… ‘coercive assimilationism’,” (p. 5) and asserts that “Minority employees find themselves expected to behave, talk, and dress in ways that emulate the dominant group, or at the very least do not threaten their power to define professional norms”(p. 7).

For most folks with non-dominant identities, this necessitates checking cultural identifiers such as language, communication style, cultural dress and practices at the door in favor of a prescribed way of being that essentially upholds the oppressive structure of heteronormative white supremacist patriarchy.  Although how free we are to speak, dress, and behave may seem relegated to the realm of the intra- and inter-personal, the power to dictate the rules of the workplace is, at the end of the day, the power to control the distribution and accumulation of wealth (Aziz, 2014, p. 7).

Moreover, the more difficult it is for a person to adhere to the rules, norms, and expectations of the workplace, the more energy a person has to exert to simply to make it through a workday.  This is to say nothing of the additional energy required to engage meaningfully in work, and even more so to survive the office politics required to navigate recognition of merit and climb the ladder of promotion.

In my career, the socialization of professionalism shows up most frequently in interpersonal interactions and comments from co-workers.

A few years ago, a co-worker remarked in a meeting that every time I spoke, she felt it was “charged,” and it made her uncomfortable, in effect, pointing to expectations around vocal tone and differences in cultural styles of communication. Luckily, I had already begun to recognize interpersonal oppression in real-time. I was able to articulate how these very observations were weapons of white supremacy wielded against black women on a regular basis—that many black women get feedback that they are hostile, aggressive, loud, and take up a disproportionate amount of space, both physically and psychologically.  I assured her that if she were a fly on the wall at one of my family gatherings, she would see my way of being as normal within a different cultural context; and in fact, against the backdrop of the other women in my family, I am soft-spoken.

Rios (2015) writes, “people of color might find that their language and behavior is heavily monitored and policed at work – and used against them…because the way they act fails to fall in line with ‘respectability politics,’ which demand that people of color go out of their way to assimilate into the dominant white culture.” Moreover, Rios believes respectability politics can “stop us from being able to communicate effectively and solve problems at work.”

Acknowledging Racism, Sexism, Heteronormativity, and Other Forms of Oppression is also Unprofessional

As “woke” as my colleagues in these progressive organizations claim or want to be, as frequent as our conversations about power dynamics and their desire to be “called in” are, when I name a micro-aggression that has occurred or how a dynamic impacts me as a black woman, the immediate response by many of my colleagues is still resistance.

Resistance comes in many forms and all are just as lethal: the energetic eye roll, shock-sympathy-outrage, minimization (well that happens to white men too) and avoidance are just a few. Over time, those responses, which are so subtle they are unintelligible by the untrained (i.e., those with mostly dominant identities), accumulate in the consciousness and bodies of the marginalized and require enormous amounts of energy to either metabolize or disregard.

Even when my only explicit charge at the institution was to create a more inclusive community, the resistance to my interventions was persistent and pervasive and was often couched in feigned ignorance. Sarah Ahmed (2017) writes, “even if you are appointed by an institution to transform the institution, it does not mean the institution is willing to be transformed. In fact, many practitioners encounter resistance to their work; diversity is work because of that resistance.”

Although I initially believed my work was to pull back the veil of institutional ignorance and serve as midwife to the birthing of a new cultural paradigm, I eventually came to understand some of the nuanced fallacies in my fantasy.  One of the revelations is that my mere existence (a fair-skinned, relatively attractive, well-educated, big-hearted woman of color doing diversity work) is always being appropriated by white supremacy—as long as I am here doing this work you can focus on the real work of the organization.

Secondly, it is a fallacy that I (or other social justice educators) are bringing new information to our colleagues.  Although the frameworks we provide for understanding injustice may illuminate dynamics in new ways, the basics of how oppression operates and at what cost is not new information for the well-educated and business-minded who populate the American Workforce.

Rachel Ricketts (@iamrachelricketts) recently posted on Instagram that “we all have access to the same tools” to learn about systems of oppression and how to participate in the dismantling—“asking me to hold your hand through work that is yours to do isn’t an act of ‘not knowing’—it’s an act of white privilege” (August 26, 2019).

Even as I write I am aware that I am being unprofessional in naming these systems of oppression and that Ahmed (2017) would argue that in pointing out the problem, I could become seen as the location as the problem, a tendency in organizational diversity work.

When I first arrived on the scene to study at Naropa University—a Buddhist-inspired university in Boulder, Colorado—I asked as many experienced meditation practitioners as I could why they meditated. After all, daily meditation and meditation retreats were embedded in my 3-year journey toward becoming a contemplative psychotherapist.

The answer that still rings the truest for me these many years later is a woman holding out her clenched fist with a penny in it.  “This is what we are like,” she said. Then she loosened her fingers some so there was more space. “This is what meditation does,” she said.  Years later, I can still feel my shoulders come away from my ears a bit contemplating that possibility. I still resonate deeply with the aspiration to have more space in my mind and in my body.  More space between activities and meetings and in my planner. More space around my fixed notions of who I am, what I need, how I have to be, and what I need to do to get it. More space between stimulus and response.

One aspect of mindfulness, the practice of bringing a compassionate inner witness to our experience in this moment, is about cultivating this sense of spaciousness. Unlike a mind narrowly fixated on its own beliefs and opinions (e.g. biased), Ajhan Sumedo says, “the spacious mind has room for everything” and is not identified with the habitual thoughts that come in and out of it. Mindfulness can shift the practitioner from “I am these thoughts” to “I have these thoughts,” and we can experience how these thoughts occur within a vast and spacious and unbiased awareness.

In the Contemplative Psychotherapy and Buddhist Psychology Masters’ Program at Naropa University, we learn that we all possess brilliant sanity—that no matter our mental or emotional state, our minds are inherently spacious, clear, and compassionate—and that any other experience is a form of confusion.

Mindfulness practice trains us in re-connecting with our natural state. Through practice, we begin to identify more with this awareness as who we are than the thoughts our socialized minds produce. When we identify more with being-aware rather than the transitory thoughts, we can to have a new relationship to ourselves and see ourselves as inherently good beings who can meet reality undauntedly.

When we have the experience of connecting with our true nature, and then losing that connection, and then reconnecting, and then losing it again, etc., we develop unconditional confidence that we can return to open awareness. That even if we are having a powerful thought or emotion, it is transitory and we can hold it in awareness with compassion. We develop confidence that we are capable of meeting every situation. We develop trust in our true nature and we give ourselves permission to have compassion toward self and others.

Once we have come to know ourselves in this way, we grow to be, what Naropa’s founder, Chogyam Trungpa Rinpoche, called sacred warriors. Not in the conventional sense of waging war or violent bravado, but a person who is not afraid of being who they are, who is willing and capable of being touched by the suffering of the world, and who is committed to taking action to transform it. When we are warriors and understand our true nature, we do not have to run from discomfort. We do not have to deny that we have bias in both thoughts and behaviors. We can withstand feedback and hearing about our impact on others. We can risk being in relationship across difference and being in conflict. We can sit in the fire of the human condition.

The whole world is a giant emergency room. You have to stop people from harming themselves…you cannot just leave, and hope somebody else will come along and do the job for you. You have to be the person who does the job…you should be willing…to [tell] the truth…from the minute you wake.

This article is well-written, creative, and insightful. I appreciate the author's vulnerability and openness. As a white woman with considerable privilege, I am at once sad, angry, and empowered by this.

Thank you for writing this Regina! I hear it.

Ms. Smith’s insights skillfully remind me of the type of faith that I believe will help us move forward: “we develop unconditional confidence that we can return to open awareness.” - Over and over again. This faith seems to be the most potent and transcendent tool I have encountered. In my experience, it is disseminated more effectively by individuals who work with it and live it, rather than institutions. Thank you for writing about it. Thank you for making it visible.