Creating a New Myth For Business - The Healing Organization

The dominant narrative about business remains focused narrowly on generating as much profit and growth as possible. This is done by generating as much revenue as possible, which means selling as many products as possible to as many people as possible at as high a price as you can get away with, whether people benefit from these products or not. Since profit equals revenue minus cost, traditional businesses also look to minimize costs. They do that by spending as little as possible on their people, squeezing their suppliers to the extent that they can, externalizing any costs that they can onto society and the environment, and minimizing the taxes that they pay.

It’s time to create a new, more human, life-affirming story about what business is and what it can be, one that can serve us and will heal us. In The World is As You Dream It, economist John Perkins recounts a conversation he had with a Numi, a shaman in South America:

JP: I sometimes think that all we care about is money and dom- inating things. Other people. Other countries. Nature. That we have lost the ability to love.

NUMI: You haven’t lost the ability . . . . The world is as you dream it. Your people dreamed of huge factories, tall buildings, as many cars as there are raindrops in this river. Now you begin to see that your dream is a nightmare.

JP: How can my people change this terrible situation we’ve created?

NUMI: That’s simple. All you have to do is change the dream. It can be accomplished in a generation. You need only plant a different seed, teach your children to dream new dreams.

The Healing Organization is a new dream about business.

What if instead of causing or exacerbating many of our greatest problems, business could be the solution?

What if we integrated and applied the wisdom of the Theory of Moral Sentiments in concert with the Wealth of Nations?

What if business could be the path to healing our society and restoring the American Dream—not only for Americans but for all of humanity?

We believe it can and it must. And for this to happen we need a new narrative based on an integration of our archetypal energies.

Human families have four archetypal roles: Father, Mother, Child and Grandparent. Correspondingly, human culture is motivated and sustained by four fundamental energies: masculine, feminine, child, and elder. When healthy, these energies manifest as achievement, caring, joy, and purpose. Each represents a crucial and complementary piece of what we need to live healthy, meaningful, and joyful lives.

Many human societies all over the world were originally matriarchal, and attuned to and reverent of the earth. But over time, because of plagues, disease, and famines, a premium was put on the ability to control the environment. Evolutionarily, the aggressive, analytical, bolder elements began to dominate.

Traditional societies also revered their elders and relied on the wisdom of those elders. But beginning with the Industrial Revolution, fast-evolving industries and markets demanded families be more mobile to take advantage of job opportunities. Elders were often left behind. In 1924, Alfred Sloan introduced the strategy of planned obsolescence that began with building cars that would break down right around the time the warranty expired and then aggressively marketing new models. This helped foment a mania that continues into the present for things that are “new” and “the latest model,” resulting in an attitude of planned obsolescence toward humans, who are often forced to retire from the workforce based purely on age.

Martin Luther King Jr. spoke of the need to be “tough-minded and tenderhearted”—a blend of the healthy masculine and feminine energies. We also need to be wise: connected to our principled wisdom, our higher selves, and thus steeped in elder energy. We need to be playful, to retain our capacity for joy, fun, and creativity. This means we have to be in touch with our joyful, healthy child energy. All of these energies are alive and harmonized in a healing organization.

Excerpted from The Healing Organization: Awakening the Conscience of Business to Help Save the World by Raj Sisodia and Michael Gelb (Harper Collins, 2019).

Michael J. Gelb is the world's leading authority on the application of genius thinking to personal and organizational development. He is a pioneer in the fields of creative thinking, accelerated learning, and innovative leadership. The author of 16 books including How to Think Like Leonardo Da Vinci, Discover Your Genius, Innovate Like Edison and his most recent release The Art of Connection: 7 Relationship Building Skills Every Leader Needs Now, Michael's books have been translated into 25 languages and have sold more than one million copies. 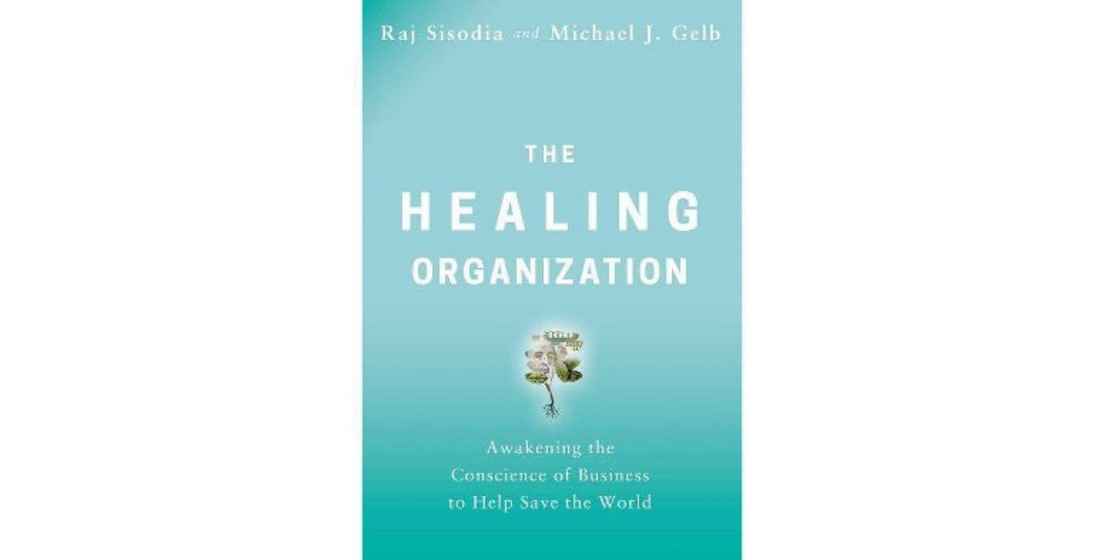