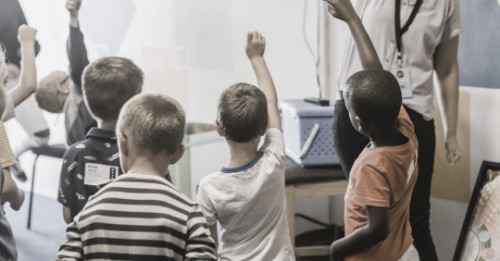 Student levels of stress and depression have been climbing at an alarming rate, and science is showing the negative effects of such states of mind and emotions on learning. With a persistent national achievement gap, adverse childhood experiences (ACEs) affecting almost half of US children, and a staggering 52% national rise in adolescent major depressive episodes from 2005 to 2017, more states and school districts are recognizing the need for a holistic view of education and to pay attention to the connections between trauma, stress, and learning.

A key developmental period for creating foundational brain circuitry is in school-aged youth. Neuroplasticity is the capacity of the brain to rewire itself and build new circuitry—or connections—between neurons (brain cells). This means the brain is capable of “reprogramming” itself using a wide variety of inputs, including sensations, emotions, thoughts, beliefs, environmental and physical stimuli, relationships, experiences, and even metacognition—what the brain thinks of itself.

Brain fitness activities stimulate cognitive development and prime students’ brain for learning by improving key executive functions skills of working memory, self-control and cognitive flexibility. These skills are also inextricably linked to social and emotional learning (SEL). Introducing executive function skill-building during optimal windows of brain plasticity, particularly in childhood and adolescence, can produce striking results. Over a decade of research has shown that evidence-based programs can improve students’ executive function skills and prosocial behaviors, which are more accurate predictors of academic readiness and life success than IQ or any other performance markers.

BrainFutures is a national nonprofit dedicated to improving human outcomes by assessing and advancing the practical application of neuroscience research. Working with an advisory board comprised of neuroscientists, psychologists, psychiatrists, educators, and other stakeholders, BrainFutures culled and reviewed school-based brain fitness interventions that specifically address executive function skills. The team developed a rubric to classify the most promising interventions based on criteria chosen to meet academic and scientific rigor.

Research has shown that practicing mindfulness can lead to increases in hippocampal density, increased grey matter in the amygdala, and decreased amygdala activation---all of which help enable greater emotional regulation. Of the ten classroom-based programs that met the report’s full rubric criteria, four include mindfulness practices: Inner Explorer, Master Mind, MindUP, and the Mindfulness in Schools Project.

In the Englewood New Jersey School District, Superintendent Robert Kravitz has implemented one of these evidence-based mindfulness programs districtwide for more than 3,000 students. He has seen great gains in students’ abilities to focus in class, process and retain information better, and remember instructions.

The power to take action to support the health, well-being and intellectual development of youth is within reach, as proven executive function skills interventions are readily available. Adoption of the vetted programs in the report has risen by more than 40% over the past four years to 7,200+ schools, demonstrating a nationwide momentum toward brain-based approaches to improving student outcomes. Policymakers, education leaders and faculty champions have the capacity to come together to radically improve children’s learning outcomes while fostering social and emotional development.

The next report BrainFutures is planning in this series will focus on optimizing brain fitness to improve performance at work.

Karen Alexander is the Program Director for BrainFutures. She works with an advisory board of scientists, clinicians, and advocates to provide rigorous analyses of practical advances in brain health.

Biofeedback and Mindfulness in Everyday Life: Practical Solutions for Improving Your Health and Performance: 1st Edition by Inna Khazan (Author) https://amzn.to/2OUqbcI A mind-body approach to taking control of your physical and emotional health.
Biofeedback is the process of training your body to control its involuntary actions, such as breathing and heart rate. Minor changes to these actions can significantly improve physical and emotional well- being. In Biofeedback and Mindfulness in Everyday Life, Harvard Medical School faculty member Inna Khazan pairs biofeedback techniques with mindfulness practice to address some of life’s most common ailments― from anxiety and fear to stress and insomnia.
She begins with a description of basic physiological information, explaining concepts such as breathing and over breathing. In Part Two she dives into the practice of mindfulness. And in Part Three she zeroes in on applying this mind-body approach to an array of common problems.
Khazan’s approach outlines simple solutions for readers who want to improve the way they respond to challenges. She guides them through increasing their resilience and emotional flexibility while empowering them to take back control of their overall health.

Inna Khazan, PhD Clinical Psychologist Instructor of Psychology, Harvard Medical School wrote this excellent book: http://bit.ly/1axuHOv  "The Clinical Handbook of Biofeedback: A Step-by-Step Guide for Training and Practice with Mindfulness" A practical guide to the clinical use of biofeedback, integrating powerful mindfulness techniques.