·
By Mindful Leader
·
Under Exercises / Practices

We Need to Rethink Anxiety - 3 Actions to Take 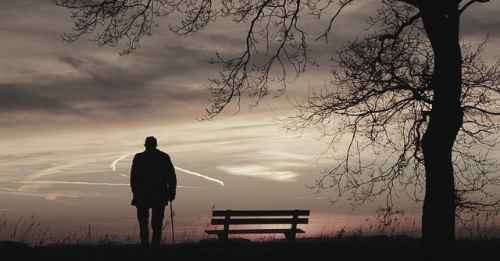 Why is it that so many people in urban environments across the world are now experiencing exponential growth in anxiety and depression? What can we make of the fact that anxiety is now an epidemic in America? It’s also alarming that suicide was the second leading cause of death among people between the ages of 10 and 34.

Most of us are thankful that we live in a time when we have medications for anxiety and depression, but I haven’t met anybody who wants to live on medication for the rest of their lives. And most disturbing perhaps is that in America, the profession with the highest rate of suicide, even higher than soldiers with PTSD, are our physicians, the ones who write us prescriptions for these medications.

Is it possible that the exponential rise in digital technology and living in a virtual world is connected to our growing sense of loneliness and loss of meaning?  I have been lecturing about this since 2006 and giving workshops on using breathing patterns to alleviate anxiety since 1998. And every year I look at the ballooning statistics with my jaw dropped. I think it's safe to say now that the house is on fire.

What we are currently doing to offset this wave of despair doesn't seem to be nearly as effective as it needs to be. What can we do?

First of all, we need to recalibrate how we think about anxiety. To say you have an anxiety disorder is like saying you have a pain disorder after you break your leg. The pain is a symptom and warning sign that your leg is broken, and I assert that anxiety is a symptom of another issue, as is depression, in many cases.

We feel lonely and completely overwhelmed. Most people call it stress, but I think overwhelm is a more vivid description. Overwhelmed with emails, messages, traffic, and debt. Now your post office is gone. Now the checkers at the grocery store are gone…

Stress or overwhelm--on top of loneliness--is wreaking havoc. Look at the comprehensive health study in the UK from 2018. The findings show that “stress can be so damaging to wellbeing that one in three people have been left feeling suicidal, and one in six have self-harmed as a direct result.”

Solving this dilemma requires going beyond simply reprioritizing our goals but actually rethinking what it means to live in this world, and then redesigning how we live in it.

We need a new kind of education. Because most of us have no idea how to ask for help when we are in emotional trouble or even physical distress. Neither have we understood or learned how to communicate to those we love who are in crisis themselves.

Let me give you an example. I was giving a lecture at a bookstore on this subject, and afterward a couple approached me (a man and woman) who were about 35 years old, and they said, “Thank you so much for talking about this, we lost our one-year old boy last year. We were both at work with our boy in childcare, and while at childcare, he died in an accident.” They lamented that after his death, and half of their friends stopped calling them. So not only did they grieve their son, but also had to grieve the loss of half of their friends. Well, you might think the people that disappeared probably weren’t really friends to begin with. I don't agree. I think they probably were good friends, but they didn't know what to do and they didn't know what to say. So they stayed away. But for the mourning couple, they felt shunned, isolated, and lonely.

But aren’t we all connected now through digital technology? How could we possibly feel lonely? Because online connection is not the kind of connection we want or need. It is only scratching the surface of connection. Remember--our interior operating system hasn't been upgraded for at least 50,000 years, so we are still wired for tribal life in a natural world. Don't misunderstand me--social media, texting and email are all highly useful tools to communicate information, but not emotions. But people are using text and social media more and more as their only means of communication, and they're feeling more and more isolated and lonely. And loneliness leads to anxiety, depression, and worse.

Biomedicine is also an exploding science, and this is going to bring many blessings. It’s already possible to print replacement parts for the human body, and I understand that within 20 years, if I have a heart attack, I can get a brand new heart properly printed in a 3D printer and made up from my own cells. But will biomedicine be able to fix a broken heart? No matter what we do with science, we are still emotional beings with a 50,000-year-old operating system inside us.

What do you think happens to all those feelings? They stay in our body. The body remembers. And then an interesting symptom starts to display itself when we keep these emotions buried. You know what it’s called? It’s called anxiety, followed by depression.

Breathing patterns are one of the essential tools we can use every day that helps us alleviate these emotions and avoid accumulating and freezing new emotions.  Our breath enables us to access these hidden emotions.

When I speak to corporations, I’ll bring up the subject of unexpressed and un-reconciled grief, and everybody becomes very quiet as the smartphones in their hands go dark because so many of us are living a completely unsustainable emotional life. And we know it.  We want a sustainable planet, but what about a sustainable family and home?

As a breathing teacher, people often ask me, “What does oxygen and CO2 have to do with my emotions?”

I often answer like this, “You tell me – why do your lungs and diaphragm go into spasms when you feel the emotion of grief and you begin to cry? Why do your lungs and diaphragm go into a different kind of spasm when you laugh? Why is it you can tell that people in the hotel room next door are being sexual because you could hear the way they are breathing, and we all know what that sounds like? Most of all, why is it that when you have a panic attack, it begins with rapid shallow breathing? Have we not been paying attention? Have we not noticed that our breathing changes when we are in physical pain? Our lungs express so many of our primary emotions.

We tend to hurt the people we love the most because we are carrying inside us emotional wounds that are invisible to the untrained eye. So, when we consciously utilize breathing patterns to heal, we heal these hidden wounds. In this way, breathing practices can change our life because they help change our behavior, and that affects all of our relationships.

As well as daily breathing exercises, we need to be educated anew on how to think about and communicate about emotions.

Let me give you an example to explain why. When you were a child or teenager, were you given a handbook or mentored on how to deal with your emotions such as grief? Highly unlikely. I’m going to guess that in your house, you probably have a first aid book, but nobody has a little handbook on what you do if your parent dies. If your pet dies. If your friend’s child dies. If someone you love actually voices that they are considering taking their own life. On these skills, we are completely in the dark.

I recently spoke to 500 people and asked for a show of hands if they had been mentored on how to deal with and communicate about emotions, but nobody raised their hand. I think it's clear that we are essentially completely ignorant of how to deal with such an important topic, and a topic that only grows more relevant as we age.

Community. To build community is an essential component to redesigning the way we live. We need to be together in person as often as possible with those we care about and trust. We need to be together, but not with loud music blaring in the background and television screens on the wall. But rather where it is pleasant, and we can hear each other speak and can truly listen.

We need to feed each other. This is the most primal and ancestral act of communicating that someone is now in our tribe. We feed them. This is why I think that potlucks are the best kind of gatherings because everyone has some skin in the game. Everyone is feeding everyone, and we all want our food to be liked. Feeding each other and helping each other builds the foundation of a community - but being there for each other during times of crises is what cements the community.

As I have asserted, we need to educate ourselves on what to do when our loved ones are in crisis. What to say and what to do and when to do it. Then, when a brother or sister hits their knees in a dark night of the soul, we go to them instead of avoid them. They will open their eyes and see their community around them, willing to help even if helping is just to sit with them in silence, without fear of that silence and without awkwardness. As soldiers surround a fallen comrade, we need to surround those of us who have fallen wounded, wounded in body or emotions. Crises are what should be bringing the community together and making friendships strong an unbreakable rather than dispersing us.

These changes are actually not difficult or complicated; they have more to do with education, understanding, and action.

In summary; actions to be taken to heal our beloved community;

I look forward to the day when people feel free to share their emotions and the internal struggle that emotions can cause. That opening up about grief, depression, anxiety, confusion and loneliness to our loved ones is the first thing we’re inclined to do instead of the last.

Let's dedicate ourselves to doing our part to create the day when we all come together as a community to share joy and love, and to support each other in times of grief and pain.

Max Strom is a breathing teacher, speaker, author, and creator of Breathe to Heal, a method to alleviate stress, anxiety, burnout, and depression. To learn more, visit Max’s website.

This is wonderful information that needs to be read!  Thank you for pouring your energy into educating.

Excellent summary of using meditation to handle our emotions.  The best short version of meditation.

Thank you for writing this very interesting piece. I wonder if you could provide direction for a starting point on learning to communicate powerful emotions? I only know to push it down and avoid.

Max has more information on his website, maxstrom.com and based on your comment, you may be interested in David Treleaven's work as well. We were lucky to have both speak at our 2019 Mindful Leadership Summit, and will have videos available of their sessions in our Video Plus Package in a few weeks if you are interested in learning more about their work as well.

Such important insight and information. This really resonates with me.  May I share this as a link on my yoga teaching website ?
-Also, does Max give any workshops/talks in NYC area coming up? Thank you 🙏

Hi Mary! We would be happy to have you share a link. Max announces his upcoming events on his own website, which you can find by looking up his name.

Excellent article! Thank you for your passion, conviction and clarity.