·
By Mindful Leader
·
Under Best of Summit Talks

Debate at the 2019 Mindful Leadership Summit 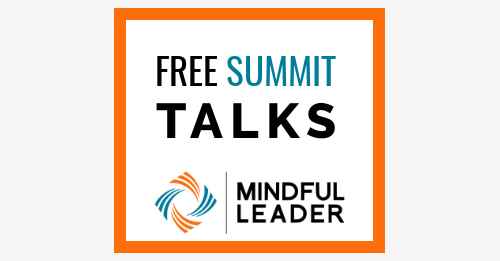 Candy Gunther Brown, PhD, Rich Fernandez, PhD, David Forbes, PhD, and Barnaby Spring debate the state of mindfulness in 2019. From the rise of McMindfulness to the question of what should be allowed in schools, they covered it all in 45 minutes.

Who do you agree with? Leave your thoughts and comments below.

Excellent, and worthy of more discussion and debate.

Challenging our perceptions and bias is an excellent exercise and I'd love to be a part of larger conversations between opponents and proponents.  Well done.

An interesting exchange. Not a debate, I would say, but rather two debates, between two sets of debaters, in a common time and space.

One topic of debate could be summed up as "can capitalism be transformed into a humane and sustainable system by the practice of mindfulness,"  and the other, "Is mindfulness a religion, or so religiously based that it cannot be a secular practice?"

I was introduced to what was arguably mindfulness practice as a Christian monk decades ago, through the practice of Aikido, a martial art. I experienced no contradiction.

Paying attention, and being self-possessed, "staying centered."  I would like to know which specific religions are opposed to these things. I think Ms.Gunther-Brown is trying to feed us a red herring here.

Lee, thank you for mentioning your introduction to mindfulness as a Christian monk. This helps to add another dimension to this.

Any chance this video could be re-activated for public viewing? Figured it couldn't hurt to ask ;) Thanks!

Hi Carrie, thanks for asking and we  have it shared on youtube for public viewing here: https://www.youtube.com/watch?v=c4H7zOeuYUg&t=2624s