3 Habits to Turn Your Inner Critic into a Wise Advocate 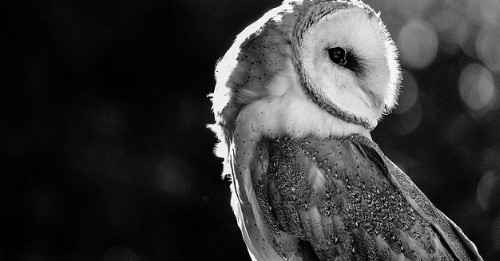 Have you ever had a difficult executive decision to make? This is the kind of choice where the best options aren’t obvious, the consequences aren’t crystal-clear, and the outcome could affect hundreds of people or more. Maybe you’re a leader of a company, contemplating a round of layoffs; or an up-and-coming entrepreneur offered a lucrative deal that doesn’t seem right.

The tension you feel is between an expedient choice – one which pleases people and solves immediate problems, but could lead to corruption or misdeeds – and a more strategic choice, in which you look out for the entire system in the long run. And you don’t really have the support, or the time, to figure it out.

People have been wrestling with problems like this since at least the beginning of industrial capitalism. The 18th-century economic philosopher Adam Smith, best known for his foundational book The Wealth of Nations, spent his last two decades considering the problem of bad choices.

The vitality of the industrializing world was based on the good faith of energetic, creative people (today, we’d call them entrepreneurs). But somehow the most dynamic people (and a lot of others) fall prey to temptation. They overreach, they hoard, they exploit, and they often bring down the companies they run – and sometimes the societies. How could we expect capitalism to survive?

Smith’s second major book The Theory of Moral Sentiments, addressed this question. He wrote that legal regulations couldn’t solve the problem; there’s usually a way to get around them, and those who comply often bear unreasonable costs. Nor does community shame work; even the most enlightened community has blind spots, and some fall prey to highly unsavory values. Yet what else could hold the inevitable waves of robber barons in check?

Smith proposed, instead, relying on a voice within the mind, which he called the “Impartial Spectator.” It’s a construct available to you whenever you call on it, helping you gain the dispassionate perspective of a clear-minded observer, counseling moderation and tempered responses to life’s vicissitudes. You see yourself as others see you, and cultivating this inner voice is the key not only to impact and influence, but also to happiness, confidence, and self-worth. If you add to this voice a kind of inner commitment and care, championing the values and actions that are in your best interest in the long run, then the voice becomes a kind of Wise Advocate: an internal voice on your behalf.

The most accomplished leaders, from the earliest human history up to today, have made use of this voice. The Wise Advocate can be traced to the Ancient Greek concept of paraclete (paráklētos): an advocate or counselor who stood with an individual to help them manage difficulties and distress. Christians associate it with the Holy Spirit; Jews, with the “still small voice” of God speaking to Elijah; Buddhists, with the concept of mindful awareness. In pop culture it continually recurs – for example, as a talking cricket in the original story of Pinocchio, that became Jiminy Cricket in the Disney version. For some individuals, the Wise Advocate represents the judgment of future generations; for others, it’s the experience of being in touch with the universe or with the divine.

For the past eight years, we’ve been talking about and studying the patterns of mental activity – and the associated brain circuits – that relate to this voice. For it is possible to develop the kinds of mental habits that bring it to the foreground of your mind.

There are three habits that, together, invoke the requisite mental activity.

1. The first is undoubtedly familiar to most readers of this newsletter: applied mindfulness. This is the kind of contemplation in which, as you direct your attention to your breathing or still your mind in another way, you become more aware of your own thinking.

2. The second habit is often taken for granted, but is all too easy to overlook: Executive function. This is related to your working memory (your capacity for holding complex ideas in mind), your inhibitory control (regulation of impulses and emotions), and your cognitive flexibility (adapting to change and looking at the world from more than one perspective).

3. The third habit is known as mentalizing: rather than thinking just about what you want and what others want, thinking about what other people are thinking and what they are likely to do next.

When you practice these habits together, you enter a state of mind in which the Wise Advocate is more likely to come to the surface. Practice them continually, and that voice itself becomes habitual, because you are rewiring your neurons to be more receptive to it. (This is an application of self-directed neuroplasticity.) When you practice it enough, and the voice becomes part of your voice, then it starts to project outward: You become a kind of Wise Advocate for others in your organization.

There is, of course, a lot more to this story. Indeed, when we think about the Wise Advocates we’ve known in our organizations and elsewhere, none of them have an easy time. But they end up having influence, of the kind that is remembered. And they find answers to the problems that plague many people at work: the burnout that comes from trying to please too many people, the false moves that come from listening to deceptive messages from the organization’s culture, and the failures that come from ignoring the little warning signals. It turns out that you can cultivate aspects of your mind and brain to bring those signals to life, and thus becoming the kind of leader you respect.

Art Kleiner is the editor-in-chief of Strategy+Business, the management magazine published by PwC. Jeffrey M. Schwartz, MD, is a research psychologist at the University of California at Los Angeles. Josie Thomson is an award-winning executive coach based in Brisbane, Australia. They are coauthors of The Wise Advocate: The Inner Voice of Strategic Leadership (Columbia University Press, 2019), from which this essay is adapted.