The Necessity and Challenge of Being “Onto Ourselves” 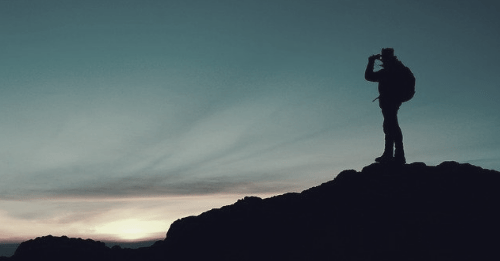 A couple of weeks ago I participated in the certification process for a cohort of students finishing the Professional Coaching Course. A phrase I heard used in celebration again and again was, “you are onto yourself.” It’s a concept that comes up a lot in Integral Coaching, as it is one of the biggest indicators of deepening development.

What does it mean to be onto ourselves?

Most fundamentally, it means just what it sounds like: seeing through our own BS. A more nuanced way of describing it, perhaps, is becoming aware of ways of being that don’t serve us: all the ways we defend ourselves, protect our feelings, avoid being affected. All the ways our ego and superego grab the controls away from our higher knowing. All the ways we conclude rather than inquire. All the ways we shut down, keep ourselves from opening, deepening, developing.

The Professional Coaching Course creates the conditions for coaches to take up this study consciously. For the first few months of the program, they are engaged purely in this study, taking up practices like sitting meditation and self-reflections—the intention being for them to start to catch on to their patterns of thought, emotion, and sensation: automatic programs that are constantly running in the background. As all practitioners of mindfulness know, the power is in the noticing. After a few months of this, the noticing is amplified as students begin to work with clients.

Kimberly is a caring, generous, open-hearted coach and human being. It is centrally important to her that her clients and everyone around her to feel cared for and OK. A beautiful intention and orientation to life—and a limited one, built over a lifetime of subconscious programming that told her this is how she must behave to be safe and accepted.

One of the behaviors that Kimberly began to catch onto is her tendency to steer conversations to a different subject when her clients appeared uncomfortable or upset. Acknowledging the likelihood that the discomfort and the upset is pointing to something centrally important for the client, her work became about noticing each time she did something to ‘make the client feel better,’ rather than stay in the tension of an emerging possibility.

Naturally, the behavior didn’t change overnight. In fact, on some level she’ll always feel moved to soothe and comfort her clients in some way. But being onto herself in this way means it’s no longer a blind spot and creates the necessary space for mindful action and growth.

Why is it hard?

Being onto ourselves isn’t a naturally occurring phenomenon. Largely because it is an undoing: a taking ourselves apart. Left to our biological devices, most of us would understandably go in the opposite direction—toward the habits that we built over a lifetime in order to protect ourselves, to survive. It takes a particular kind of courage and willingness to step into the unknown, ever-expanding territory of our soul.

But even with all the courage and willingness in the universe, no matter how onto ourselves we become, the automatic behaviors aren’t going to simply go away. They are integral parts of our humanity. But if we can recognize them, it’s likely they will loosen their grip, and maybe even shift. One way to learn more about this is through the practice of Focusing—particularly the work of Eugene Gendlin and Ann Weiser Cornell.

Then there’s the inner critic: the gatekeeper whose primary job it is to reinforce our survival behaviors and sound ear-splitting alarms whenever we wander too far from homeostasis. This, too, is biological. The inner critic is very interested in us doing the thing we’ve always done to survive, and keeping us from doing anything different. So we also have to be onto the critic—not only in its disapproval of the ways we’re opening, but also when it gets mad at us for not changing fast enough once we are onto our automatic behaviors. (So universal is the inner critic that one of our most popular workshops is Thwarting the Inner Critic, which teaches folks how to recognize and root out the insidious voice of the superego.)

So yes. It is very hard work.

Why is it essential (especially now)?

Human development is a continual opening up and letting go. It’s the ongoing, surprising, and sometimes painful discovery that there may be more to life than our long-held identity, and if we are going to be of support in any real way, we need to expand beyond our limited notions of what is true. We have to be onto ourselves.

The world is in the midst of catching onto itself right now, wouldn’t you say? The pandemic might be seen as a universal mindfulness practice that compelled people of privilege to sit with ourselves just a little longer than we otherwise would. Maybe that has contributed to what we’re finally opening to: acknowledging and feeling the horrific injustice against people of color that has gone unquestioned and unchallenged by whites for generations. Individually and collectively, we are starting to catch onto this deep shadow aspect of our history, awakening to the complex truth of it, taking action where we can, and watching to see if things finally, finally begin to change.

Again, just because we’re onto ourselves doesn’t mean anything is going to change immediately, or enough, or sustainably. Yes, we need to take action based on what we are discovering, both as individuals and collectively. And that action needs to be balanced with a continual turning inward and questioning what we might not be seeing. It’s not a finite project—the wisest teachers in the world are up to this constantly. In fact, it could be that they are the wisest because it is part of who they are now.

Integral Coaching gives us a way to be up to this on a continual basis with ourselves and others. The students this past weekend all left with the question held lightly in their hearts: “What is next for me?” Not in a way that is performative or that points to deficiencies, but from genuine curiosity and opening to what life is inviting them into, now that they’re onto themselves in a lasting way.

Joy Reichart is the Communications Director at New Ventures West in San Francisco.

I love this article Joy! Thank you so much. xoxox