The Power of a Pause 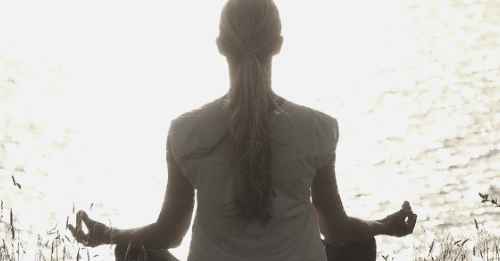 COVID’s tragic impact—on health and the economy, working remotely or job seeking, juggling kids and school, racial strife, and a divisive US election soon—is like nothing we’ve ever had to address (1). Yet, if these past few months of enforced pause have shown us nothing else, it’s that we’re able to learn on the fly.

Conventional, rationalistic tradition—involving lectures, books, data points, and debate—has led us to believe that learning is something that happens solely in one’s mind.

In this old view, bodies are simply transport vehicles to move us from one meeting to another while we absorb essential information. Touted as a critical skill for 21st-century leaders, agility, the ability to learn from experience and apply it to perform successfully under new or first-time conditions, sets exemplary leaders apart (2). Those leaders are able to determine the “right lessons” by seeking new challenges, soliciting feedback, and trusting their body-based experiences and then pragmatically apply their learning to novel situations (3).

Cultivating high agility will allow leaders to read the uncertain and complex landscape that’s now emerging and intentionally change the practices required to make way for the future (4).

When I first met Matt*, he was frustrated. “Why don’t they just listen to me?!” A bulk of a man with a booming voice, he’d built his business through sheer will and hard work. As founder and CEO, he’d made it, despite the odds.

Yet he could not, for the life of him, understand the disconnect he was experiencing with his team. He’d led his people in battle in Vietnam, and they’d trusted him with their lives! Yet his lack of agility to lead his team only fueled his frustration. It became clear in our conversations that Matt’s energy was off.

Urgent, laser-focused, and competitive, Matt had used his driving energy to build his company, and it was great for getting the job done. But now, he was spewing negative energy all over the place. It had the best of him. He needed to learn to pause to lead into the future.

Today’s complexities heighten distraction and overwhelm. Task mode feels good because it involves action, yet it’s easy to lose sight of the bigger picture, the possibilities for creation amidst destruction.

To mindfully pause is to interrupt your automatic reactions to life’s events and the stories that flow from those reactions. Pausing allows your mind to take a break, so you can be with life as it is vs. how you’d like life to be. Pausing is also part of a larger cycle of work and renewal, a rhythmic flow of life. Pausing’s not merely a good idea. It’s a required nutrient like air or water.

Lastly, pausing on purpose—The Leadership Pause—creates spaciousness for learning and for leading.

To lead is to take responsibility for something that matters and successfully engage others to bring it to life. Effective leaders, regardless of rank or position, are creators and drivers in their lives and organizations. They:

Self-awareness—at the core of what it means to be an exemplary leader—can be elusive in our hyper-connected world. It’s well documented that leaders require high emotional intelligence (EQ) to succeed; it accounts for 85 to 90% of the difference between outstanding leaders and their peers (5). Thankfully, you can actively develop self-awareness.

Yet, because leadership is fundamentally a social endeavor, it requires you to pause and be acutely aware of the intricate weave of connections between yourself, others, and the surrounding environment. You’ll either galvanize others to make their contribution, called social intelligence (6), or struggle to impact others, like Matt.

Matt’s life wasn’t working. His driving energy, useful in Vietnam and business building, was now contributing to mutual tension with his team. A smart guy, Matt couldn’t ‘see’ what he couldn’t see. His knee-jerk patterns were invisible to him.

Matt lived with an outdated belief about leadership: “it’s about directing people to take action, quickly and with minimal talk.” Yet his team’s work in no way involved Matt’s life-and-death wartime intensity.

Matt didn’t need new information or new knowledge. He needed to be different to relate to his world. He needed to listen and learn, but he just didn’t know how. Pausing allows leaders to connect with others, learn, and ‘feel’ into their concerns and taking action from there.

The neural guidance system that successful leaders use to listen deeply—their gut feelings—gauges trust, creates resonance with others, and taps into current reality to take effective action, something not accessible with a cognitive shift alone.

It’s often overlooked because it’s historically been denigrated as a ‘soft skill’. Yet it’s this ability to accurately listen, read, and respond to direct, unmediated sensory and emotional experience that makes a significant difference (7). Fortunately, this leadership intuition is body-based and can be developed.

It begins with the body as an essential place of learning, action, and ultimately of transformation. It follows with the breath and attention (8). Remarkable as it may seem, what you focus your attention on literally grows and shapes your brain over time.

Since it’s impossible to take in every sight, sound, smell, and sensory stimulus all at once, your attention functions like a gate, allowing in some information and editing other information out. Directing your attention matters, beginning with a pause.

When you repeatedly focus on a new thought or action, the electrical and chemical connections between the involved brain cells strengthen. In this way, frequently trafficked ideas and behaviors are reinforced. They ultimately become an intrinsic part of your behavioral and biological identity: who you are, how you perceive the world, the actions you can take, and, quite literally, the structure and function of your brain.

Long-held beliefs, expectations, and attitudes about life take on a physiological shape and literally become embodied so that the very structure of your brain reflects the life you’ve led up to this point (9).

By attending to your full experience, including sensations, emotions, and the mental meaning you assign to them, conscious thoughts are reflected in your physical structure: gestures, movement patterns, and presence, enabling a deeper self and other awareness.

Embodied learning is a methodology and change theory that understands human beings as an interdependent learning system of mind, body, and spirit (10); one does not exist without impacting the other. It draws from research in psychology (11), mindfulness (12), adult learning and development (13), Eastern and Western philosophies (14), and somatic and interpersonal neuroscience (15).

Matt didn’t need new information; he needed to learn how to show up differently with his team and relate to his world more effectively. Since mindfulness is a force multiplier, when we started coaching together we began with a pause. A small step, perhaps, yet a critical one for anyone wanting to make a difference.

Initially, Matt thought this pause practice was too easy, useless even. Yet by mindfully pausing, he slowed down for 10-15 seconds, brought himself into the present moment, and tuned into his breathing. He was quickly surprised to learn that this simple, body-based practice increased his awareness about his energy, his people, and his lack of listening.

By starting with his breath he began to ‘see’ what wasn’t working, previously unavailable to him, and take the right action. The learning Matt needed—immediate, pragmatic, actionable—began to occur by consistently practicing this mindful, deliberate, and body-based practice over time.

Matt’s story started with a pause. In time, he listened and shared his frustration, his heart, and how much his team mattered to him: he’d built his business to support veterans and working people just like him. Pausing allowed Matt to lead his team, have powerful conversations, and evaluate his complex situation to commit to a wise path forward.

What we need today

Since COVID’s disruptive emergence, life and work have catapulted us all into a whole new era. The leadership skills of facing uncertainty and learning to learn, taking responsibility to create the future, and deeply listening will be increasingly essential as vital leadership skills.

Today businesses are being challenged to turn toward creating purpose and meaning out of the chaos. We need attentive, skillful leaders to step up and step out to move beyond reactivity to respond. Today we need leaders who listen and make it a point to traffic in trust, who embody an ethic of care and empathy, and who take responsibility for their decisions, conversations, and actions.

Future leaders will need to be different to respond quickly with focus and flexibility. Starting with a pause opens the way for learning through the body, a shortcut for the long haul of leading in uncertainty.

For now, where will you begin to experiment with the power of a pause?

As you go through your day today, choose to pause, whether you’re sitting or standing. Drop your attention to your breath at your belly, take three deep breaths, and tune into your physical sensations, without judgment. Notice constriction, pressure, or movement in your body. You have no agenda other than to Pause and Be. Choose to do this practice three times a day. At the end of your day, answer the question, “What did I learn from practicing the pause?”

Chris Johnson, PsyD. has devoted her life to the deep listening that underpins ‘what matters most’ in people’s lives. She’s a passionate advocate for the power of business to create prosperity, fulfillment and beauty in the world. And, she’s deeply committed to cultivating exemplary leaders, teams, & engaged, thriving communities. As an experienced psychologist, mindfulness teacher and leadership coach she’s known for creating trust with those who value her honesty, deep listening and commitment to their success. When she’s not working, Chris is likely either making art, gardening, or at the aikido dojo where she practices and teaches the art of peace. Check out Publishizer for her upcoming book, The Leadership Pause: Navigating the Future with Clarity, Focus & Empathy

*Name has been changed.

Merzenich, M. M., Tallal, P., Peterson, B., Miller, S., & Jenkins, W.M. (1999). "Some neurological principles relevant to the origins of and the cortical plasticity based remediation of language learning impairments." Neuroplasticity: Building a Bridge from the Laboratory to the Clinic, J. Grafman, ed. ed.: 169 187.