Can Critical Dialogue save us from Mindful Fundamentalism? 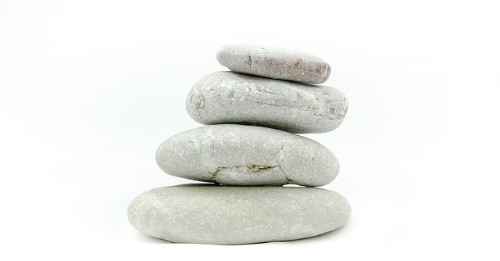 Mindfulness is on everyone’s radar these days — and on every magazine cover in the checkout line. The explosive growth of the mindfulness movement in America has inevitably triggered a backlash. Many are criticizing the movement and expressing concerns about its increasing popularity in Western culture:

Are mindfulness programs in public schools merely Buddhist Trojan horses? Does it threaten the separation of church and state?

Is the mindfulness movement being used by a privileged class to quell dissatisfaction with inequality and maintain the status quo?

Can we trust the scientific research supporting mindfulness meditation benefits?

Are Western mindfulness meditation teachers appropriating Buddhist traditions for their own financial gain?

This growing backlash has sent shivers of nervousness through the mindfulness community.

However, as someone who not only teaches mindfulness meditation but also comes from a fundamentalist religious background, I’m thrilled to see the skepticism. Criticism of mindfulness is a sign of a healthy, robust movement, so long as it’s embraced by the mindfulness community and not resisted.

Let me back up.

Where Does the Term “Mindfulness” Come From?

Mindfulness was popularized in the West by author and University of Massachusetts professor, Jon Kabat-Zinn. Kabat-Zinn introduced his Mindfulness-Based Stress Reduction (MBSR) program in 1979 and is largely responsible for birthing the modern mindfulness movement.

MBSR claims to be based on the Buddhist meditation practice of Vipassana. MBSR also puts an emphasis, however, on scientific research. MBSR was primarily designed to improve the well-being of patients in hospitals but is widely used today.

As a result, mindfulness is now closely linked with meditation and is often mistakenly equated with its purported benefits, like stress relief. At its core, however, mindfulness is the practice of observing the present state of being without judgment.

Worshipping in the Modern Mindfulness Movement

While I love alliteration as much as the next person, I’m also inherently skeptical of any popular movement, from Justin Bieber to keto diets, the Avengers franchise, and boba teas. I’m like the anti-fan girl. If I have any mantra, it’s probably, “Okay, maybe.” Or even, “Meh.”

I might sound apathetic, but my own skepticism is hard-earned. I spent my first forty years in the Jesus fan club of the fundamentalist Christian tradition known as Evangelicalism.

‘Popular’ might not seem like the right term for evangelicals — unless you live in the Bible belt and are raised in the tradition, which I do and was. Christian evangelicals also may not be popular in the same way as the Kardashians or Lady Gaga, but they did help elect the current president of a world superpower known as the United States. So maybe ‘powerful’ is a better adjective?

These days, the word ‘belief’ doesn’t factor much into my vocabulary. Even so, I find myself more than a little evangelical about the benefits of meditation. I tend to wax loquatic about being mindful and present. The difference, for me, is that my enthusiasm comes from my own personal experience and seeing first-hand the benefits of the practice.

However, it’s still important for me to develop a healthy detachment to mindfulness. I may not fangirl over Captain Marvel, but forty years of religious conditioning means that, when it comes to spiritual practices, I still have a subconscious bent toward fundamentalism.

And I’m not alone. Christian fundamentalism has had an enormous influence on our culture, which is exactly why a robust and dynamic version of the mindfulness movement is necessary.

You may not be clear on what I mean when I say ‘fundamentalism.’ From dictionary.com:

— a religious movement characterized by a strict belief in the literal interpretation of religious texts, especially within American Protestantism and Islam.

To further clarify, in fundamentalist Christianity, there’s a large emphasis on Truth with a capital “T.” There’s an ‘in’ group and an ‘out’ group. (Fundamentalists are always the insiders.) Certainty is king (and rarely queen). Personal experience is trumped by the uniform and often literal adherence to an external authority, such as a charismatic leader, scripture, or set of ideals. Questions and doubts are only tolerated so long as they don’t challenge the status quo. And since the entire system is fragile, it’s carefully protected, producing the fundamentalist hallmarks of shame, fear, and isolation.

(To be sure, fundamentalism shows up in more places than religion. I often sniff fundamentalism just as strongly in those who’ve embraced social justice or liberalism or atheism as the new religion. Ironically, they repeat the same formula of certainty, intolerance, and exclusion, all while villainizing groups like evangelicals.)

In fact, it wouldn’t be a mindful movement at all!

Mindfulness as Antidote to Fundamentalism

Fundamentalist religion has a long, harmful history in America, and we’re more divided today than ever before. But mindfulness can serve as an antidote to fundamentalism, which is one reason why I advocate for mindfulness meditation for the religious and non-religious alike. (And these days I count myself more in the latter group than the former.)

For one thing, mindfulness strengthens important observation and self-reflection skills. Religious fundamentalists are isolated from the larger culture and taught to mistrust their own personal experience and intuition in favor of external authority. So they lack the self-reflection to even recognize themselves as fundamentalists or the context to appreciate degrees of fundamentalism. (Which is why when you ask an evangelical to point out a fundamentalist, they’re happy to talk about jihadists even as they themselves adhere to a strict, literal interpretation of scripture.)

Mindfulness meditation can also be a great comfort and tool for those who choose to leave a fundamentalist tradition, especially in those early days. Ex-fundamentalists experience a loss of identity and community that is as painful and real as the death of a loved one. Healing takes time, supportive community, and often gentler spiritual practices. Secular mindfulness meditation groups, like the small group I lead in my community, can offer a safe, neutral place for ex-fundamentalists to recover their sense of self.

The mindfulness meditation movement isn’t perfect and never will be. Our community should continually assess its methods, embrace more diverse voices, consider and adapt to criticism, and evolve.

Mindfulness meditation also isn’t a cure-all. We can’t mindful away fundamentalism or homelessness or other social injustices. However, mindfulness can be an important tool for opening our eyes to those concerns. Mindfulness can also provide a common space to come together and move forward, so we can truly begin to make America great for everyone.

Christa Hogan is a creative fiction and non-fiction writer and veteran freelancer. She also teaches mindfulness meditation for creatives and caregivers. Twitter @christachogan.

A version of this article was previously published by Medium.