By Mindful Leader
Under Best of Summit Talks
2 min read

Where Mindfulness and Compassion Make a Difference

Sharon and Tim discuss ways that integrating more mindfulness and compassion into our society could benefit us all. They look at what’s currently going on with mindfulness at the federal government level, and they share their vision for what’s possible 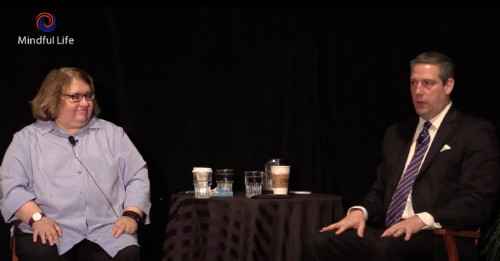 This summit talk has expired.

Sharon Salzberg is a central figure in the field of meditation, a world-renowned teacher and NY Times bestselling author. She has played a crucial role in bringing meditation and mindfulness practices to the West and into mainstream culture since 1974, when she first began teaching. She is the co-founder of the Insight Meditation Society in Barre, MA and the author of ten books including NY Times bestseller, Real Happiness, her seminal work, Lovingkindness and her newest book by Flatiron Books, Real Love.

Renowned for her down-to-earth teaching style, Sharon offers a secular, modern approach to Buddhist teachings, making them instantly accessible. She is a regular columnist for On Being, a contributor to Huffington Post, and the host of her own podcast: The Metta Hour.

Tim Ryan is a relentless advocate for working families in Ohio's 13th District. He was first elected to the U.S. House of Representatives in 2002 and was sworn in on January 3, 2003. Successfully reelected seven times, he is now serving in his eighth term. Congressman Ryan currently serves as a member of the powerful House Appropriations Committee which controls the expenditure of money by the federal government.

Before his election to public office, Ryan served as President of the Trumbull County Young Democrats and as Chairman of the Earning by Learning program in Warren, Ohio. He began his career in politics as a congressional aide with the U.S. House of Representatives in 1995 and later served as an intern for the Trumbull County Prosecutor's Office. Ryan holds a law degree from the University of New Hampshire School of Law (formerly the Franklin Pierce Law Center), studied abroad as part of the Dickinson School of Law's International Law Program in Florence, Italy, and graduated with a Bachelor's Degree in Political Science from Bowling Green State University in Bowling Green, Ohio.

Ryan was born on July 16, 1973 in Niles, Ohio and currently resides in Howland, Ohio with his wife Andrea and three children.