A New “Why” for Mindfulness in Urgent Times 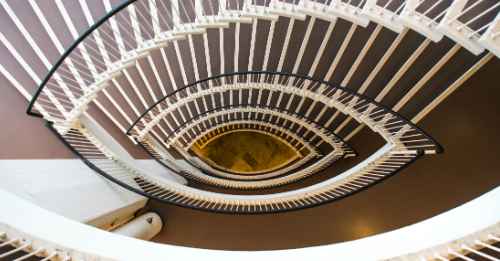 By Jamie Bristow and Rosie Bell

If you’re involved in mindful leadership, you likely know that the benefit of mindfulness goes further than simple wellbeing – but this value isn’t always easy to articulate. After six years at the leading edge of contemplative practices in public policy, we’re offering a new “why” for mindfulness training. Our recent discussion paper combines disparate evidence to demonstrate the importance of mindfulness to intentional action.

An impressive body of evidence exists for mindfulness-based interventions in the context of very specific problems. From stress and recurrent depression to sleep and diet regulation, its proven applications have been so diverse as to attract the scorn of critics, who dismiss what they perceive as a false ‘panacea’ – or at best a piecemeal, band-aid approach to bigger underlying issues.

At the other end of the scale, committed mindfulness training can produce its own brand of evangelism - with practitioners intuiting from their own transformative experience a much greater potential for positive change at the level of the group and even society. Advocates of mindfulness are occasionally given to visionary statements about its value to social change. They’re not necessarily wrong, but the siloed nature of the evidence base doesn’t lend itself directly to this narrative, leaving the field open to accusations of magical thinking.

Bringing mindfulness into leadership has always entailed a certain level of joined-up thinking; looking beyond the ‘topical’ evidence base for outcomes like creativity and productivity to the deeper conditions for effective leadership. Practitioners who work in leadership development intuitively grasp the value of mindfulness - not as a toolbox of solutions but as a foundational approach. A way of being in relationship with the world that supports the whole ecosystem of an organization to thrive.

Since 2014, The Mindfulness Initiative has supported politicians across the world to enquire into the potential role of mindfulness in separate policy areas. Best-practice policymaking is evidence-based and addresses specific, targeted outcomes. But we have long felt the need for a broader account of the ‘why’ of mindfulness training – particularly in the context of social change, where mindfulness has been too easily dismissed as an opiate for the masses. As the clock ticks down on urgent human crises, mindfulness is too important to the project of getting anything done to be dismissed.

We set out to give advocates a better framework for talking about mindfulness as a foundational psychological capacity. What is it about this practice that makes it conducive to so many good outcomes? And what, beyond wishful thinking, lies at the root of the widespread intuition that mindfulness could be transformative for society? The common factor that emerged through our many reformulations was the contribution of mindfulness to agency – roughly, the capacity for intentional action, both individual and collective.

Pulling together evidence from across the mindfulness field, our new report proposes a model of agency based upon three interacting dimensions: perceiving, understanding, and doing. In everyday life, most of humanity operates on the tacit assumption that these three dimensions function effectively and in a linear manner – that we are collecting information from the world, fashioning knowledge from it, and acting rationally, based on this intelligence. In reality, however, a host of factors in both the body and our cultural environment can mean that these faculties are profoundly compromised. This dysfunction amounts to a crisis of agency at the very time when multiple interconnected crises demand urgent and appropriate response on a planetary scale. The particular value of mindfulness in our current historical moment might be framed in terms of its contribution to each of these dimensions of agency, improving the conditions for intentional and collective action when we need it most.

In the perceptual domain, we examine attention, the ancient and modern forces that hijack it, and the emancipatory possibility of attention training. Exploring the attitudinal qualities of mindful awareness, like openness, curiosity, and care, we show their role in overcoming cognitive shortcuts and remaining open to the information that matters amid the overwhelm of modern life.

Regarding understanding, we explore the large-scale cultural dynamics that embarrass our individual and collective efforts to make sense and make decisions at all levels of society. We look at evidence that mindfulness supports perspective-taking, cognitive flexibility, collective intelligence, and re-orienting to what is most important to each of us; our deepest values. Drawing on the work of leading psychiatrists and cognitive scientists, we discuss how mindfulness training can help integrate our dominant ‘thinking-planning’ mode of mind within a broader ‘holistic-intuitive’ mode; supporting a world-view that can hold complexity at the level needed to understand systemic issues.

In considering action we return to familiar territory for mindfulness practitioners: the problem of automatic behavior and the possibility of restoring intention as a driver of doing. Finally, we come to the critical importance of collective action, and the role of mindfulness in fostering our innate capacity for social cohesion. Throughout all this analysis runs an effort to explode any misunderstanding of mindfulness practice as passive. Indeed, the greater the urgency, the greater the need to slow down and tune in to real-time information, values, and intention.

In offering this piece of work, we don’t mean to establish a definitive view but rather to advance a dialogue on the value of mindfulness within the sphere of human agency and social change. As such we’re genuinely indebted to the critics of the field whose work has galvanized us to account for common misunderstandings of mindfulness as some kind of sedative. Mindfulness alone will not solve the world’s problems. Nor will it render our free will limitless, irrespective of the social structures that constrain and condition us. But by reclaiming and reorienting attention towards what matters, reflecting more wisely, and reconnecting with purpose we can strengthen our collective capacity to act well. We have never needed it more.

Jamie Bristow is Director of the Mindfulness Initiative, a policy institute that came out of a mindfulness teaching programme for politicians in the British Parliament. Since 2013 he has worked internationally in research and advocacy of the skilful adoption of mindfulness practice in society.
Rosie Bell is a writer and communications consultant, and copywriter for the Mindfulness Initiative. A philosophy graduate, performer and mindfulness teacher, she writes for global charities and wellbeing innovators.

Thank you for the valuable and timely article.  It is always refreshing to understand mindfulness from a wider lens. I especially thought the statement "three interacting dimensions: perceiving, understanding, and doing are not linear."  is needed at this time.Thank you for the thoughtful and informative article.

Inna Khazan, PhD Clinical Psychologist Instructor of Psychology, Harvard Medical School wrote this excellent book: http://bit.ly/1axuHOv"
The Clinical Handbook of Biofeedback: A Step-by-Step Guide for Training and Practice with Mindfulness" A practical guide to the clinical use of biofeedback, integrating powerful mindfulness techniques.
Mindfulness Suite - Inna Z. Khazan, Ph.D. - https://www.bfe.org/buy/mindfulness-suite-p-550.html
This software designed by Inna Khazan, Ph.D., a tool any clinician that desires to establish a biofeedback practice with a mindfulness acceptance-based approach. The software based on instructions of Dr. Khazan's book The Clinical Handbook of Biofeedback: an excellent companion tool for quickly enacting her clinical method. All aspects of the Mindfulness suite have been personally tested in Dr. Khazan's private practice, a testament to exacting expectations.

Thank you for this article and the reframing of the practice. Intentional action offers us a context to better understand and appreciate the value of mindfulness across platforms.