Is MBSR Evidence Based? 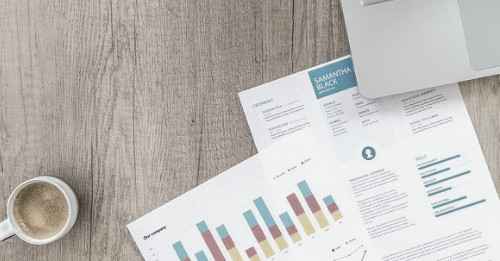 View our Free Guide - What is MBSR?

By the Mindful Leader Team

Is MBSR evidence based? In summary, yes. Mindfulness-Based Stress Reduction (MBSR) is based on a framework of psychological science. It was developed for use in a medical setting to help patients cope better and to decrease pain and stress they were experiencing. It is extremely effective when used in combination with traditional treatments for physical ailments. In other words, MBSR was initially a supplementary intervention added on to a patient’s treatment plan to help them manage their symptoms. Now, it is also used as a standalone intervention for those looking to reduce their stress for any reason. MBSR is backed by a wealth of randomized controlled trials that verify its efficacy. For example, a 41% reduction in mortality over two years was observed when MBSR was added to a patient’s standard cardiac rehabilitation treatment (Linden, 1996). Mindfulness is also an effective treatment for psychological conditions such as anxiety and depression (Khoury, 2013), and it is beneficial in managing chronic pain conditions (Anheyer et al., 2017) as the infographic below shows.

Since its invention, studies observing the effects of MBSR have grown in both scope and quality. Early MBSR studies had small sample sizes and limited methodologies. Today, the benefits of MBSR have been confirmed by many large randomized controlled trials. Studies on the effect of mindfulness interventions, including MBSR, indicate significant improvements in survival rates of melanoma and metastatic breast cancer (Fawzy, 1993, Spiegel 1989). MBSR was also shown to decrease blood pressure in patients with hypertension to a degree comparable to medications or other lifestyle interventions like sodium reduction or introduction of exercise (Schneider 1995, Linden & Chambers 1994).

Beyond individual studies, MBSR has been consistently supported in systematic reviews and meta-analyses, which are considered the strongest level of evidence for informing practice decisions in science and medicine. A brief search on PubMed shows that out of 71 meta-analyses and systematic reviews, 56 showed at least a small-to-moderate positive effect on symptom management, mental health, or quality of life. 14 of these reviews showed inconclusive or only preliminary evidence. Only one analysis, looking at data from trials assessing MBSR’s effectiveness in improving attentiveness and executive function, found MBSR to be ineffective.

Mindfulness-Based Stress Reduction was initially developed by Dr. Jon Kabat-Zinn, Ph.D. in 1979 at the University of Massachusetts Medical Center. Dr. Kabat-Zinn was influenced by Buddhist meditative tradition, but designed MBSR to be fully secular so that people with any set of beliefs could benefit. The goal of the program as a whole is to reduce stress, and learn how to more gracefully handle the challenges of life, not to have a religious or spiritual experience. As the use of MBSR expanded outside of the UMass Medical Center, the program was studied more and more as a tool for stress reduction in populations with other diseases and has since been expanded further to aid the mental well-being of the general public.

There are well understood biological reasons why stress reduction improves physical and mental well-being. Emotional stress can be a root cause of many diseases, and it can be a major impairment to recovery from injuries and trauma. Strong consistent evidence has been found that people who received mindfulness-based interventions, such as MBSR, had more favorable emotional and cognitive reactions to stress. MBSR is not a cure-all, and isn’t used as the sole treatment for disease in hospitals. Outside of hospitals, MBSR training can be a central fixture in an effort to improve mental well-being and reduce stress.